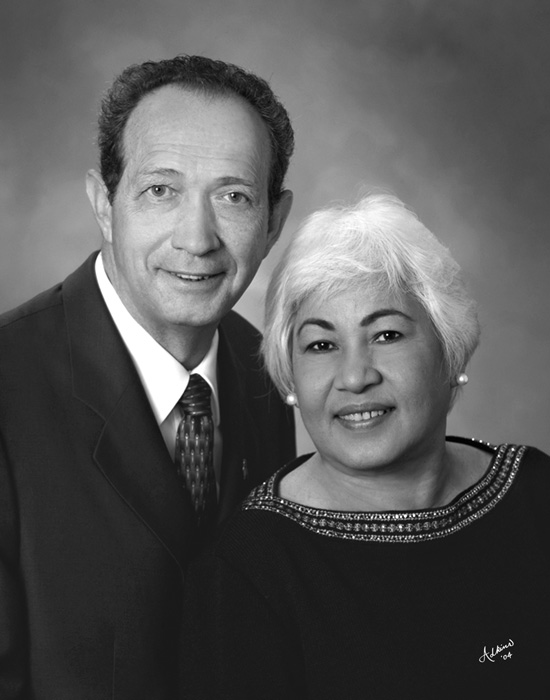 Guam –  The Guam Chamber of Commerce has announced the selection of James L. and Rosita S. Adkins as the 2013 Individual Laureates to be inducted into the Guam Business Hall of Fame this year.

The Guam Business Hall of Fame induction will take place during the Guam Chamber of Commerce’s 89th Anniversary Gala Celebration on Saturday, May 4, 2013 at the Hyatt Regency Guam Grand Ballroom.

A video commemorating the accomplishments of the Laureates will be featured that evening.  A significant part of the Chamber’s Anniversary Celebration will be the recognition of Chamber member companies celebrating 20 years plus (in five year increments) of doing business in Guam.  A special award will be presented to 34 member companies celebrating 20 to 75 years of service to our island community.

David P. Leddy, President, said, “The Guam Business Hall of Fame has paid tribute to Guam’s outstanding business leaders who have contributed positively to our island’s economic growth since 1992.  This year’s Laureates are truly deserving of this great recognition. The Adkins are entrepreneurial role models who grew their small business into an enterprising venture with various business undertakings, which continues to serve the needs of our island.

President Leddy added, “We thank the community of Guam for its continued support of the Guam Business Hall of Fame.  It is our hope that all of Guam’s outstanding business role models and visionaries will be given the honor and recognition they truly deserve.”  The Guam Business Hall of Fame is located at the Guam Chamber of Commerce office in Hagåtña [173 Aspinall Avenue, Suite 101, Ada Plaza Center].