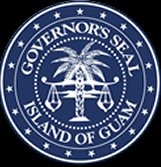 A three judge panel of the U.S. court of appeals for the D.C. circuit issued a decision regarding the fundamental right of birthright citizenship in U.S. territories and the content could be troubling for Guamanians.

The case has been covered by multiple mainstream media outlets, including HBO’s John Oliver, CNN. And Mother Jones.

The basic rights that come with us citizenship, chief among them voting for United States president, has been a controversial issue for us territories for some time. Earlier this month a three judge panel of the us court of appeals issued a decision that could affect the way Guamanians are viewed in the eyes of the us constitution. According to a press release issued by civil rights attorney Neil Weare, the ruling, which was issued in the court case Tuaua v United States, says that people born in the U.S. territory of American Samoa have no claim to U.S. birthright citizenship under the citizenship clause of the 14th amendment.

Although the case was specific to an American Samoan, Guamanians should be concerned about the “insular case” rulings, a series of decisions that span multiple court cases, which essentially say that although people born in us territories can be us citizens, they might lack the full rights of people born on the mainland. Weare tells pnc that guamanians should be concerned about the troubling precedent this decision sets regarding people living in us territory and their rights.

“The dc circuits decision sets a troubling precedent that constitutional rights in U.S. Territories can be turned on and off by just the political process. That’s the reason we have a constitution is to have a certain baseline set of a rights that all Americans enjoy wherever they happen to live or have been born on us soil, Weare said.

Congresswomen Madeline z. Bordallo said in a reaction to the decision quote “the rulings of the insular cases have an outdated view of the territories, and they reflect an interpretation of the constitution that is based on racial and cultural stereotypes that nearly everyone would find offensive today.”

The Tuaua plaintiffs will request that the full D.C. Circuit now rehear in front of a full panel of judges as opposed to just three.