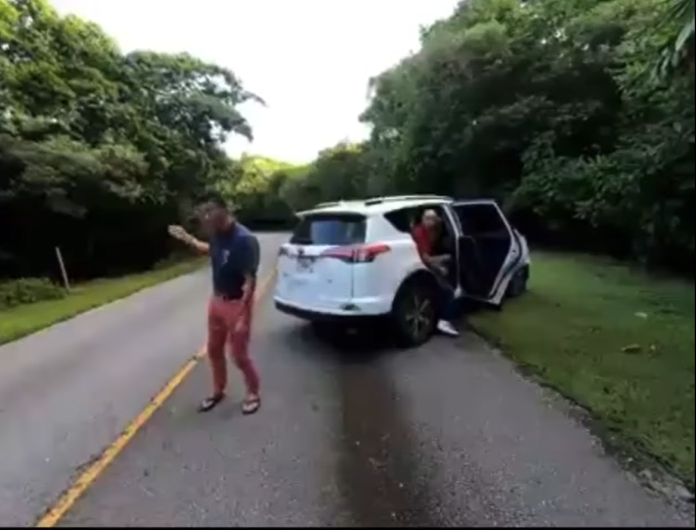 Continuing the discussion on Foreign Nationals:

U.S. Coast Guard Captain, Nicholas Simmons, weighed in on the protection of Guam’s borders, specifically what can be done about the incoming Foreign Nationals, who are entering Guam through the back door, from the CNMI.

PNC’s Althea Engman has the details on this story

During an interview with Patti Arroyo on NewsTalk K57, Captain Nicholas Simmons from the Guam Coast Guard made it clear that the coast guard does not play a role in immigration; rather, they focus on the safety of boats in the waters of Guam.

With the recent uptick of viral videos circulating on social media of foreign nationals entering the island in unconventional ways, many of Guam’s concerned citizens have asked questions about the role Guam’s coast guard plays in keeping the island’s water safe.

Captain Simmons shared that the Guard’s role in patrolling the shores of Guam is to strictly keep them safe. He stated, “As far as illegal entry, there’s a lot of nuance to the immigration issues circling around these people coming in from CNMI down into Guam that’s not really the coast guard’s role to make determinations about immigration status or anything our biggest thing is to make sure people are safe in the sea.”

Moreover, the National Guard’s small, large, and fast response vessels play different roles when patrolling for boats going to or coming from the CNMI.

Captain Simmons, “Our biggest concern for vessels coming to and from CNMI to Guam is the safety of those vessels, to make sure that we don’t end up in search and rescue situations. Some people may not have the right flotation or flare or whatever it happens to be; we don’t want people to leave who aren’t experienced on boats, who aren’t experienced in the sea, to get themselves in trouble.”

According to the NMI’s district court “because both the CNMI and Guam are parts of the United States, and an alien does not enter the United States for purposes of the criminal statute when traveling from one part of the United States to another, even when doing so she or he passes through international waters,” essentially, the foreign nationals are not violating the statute by attempting to travel by boat from the CNMI to Guam.