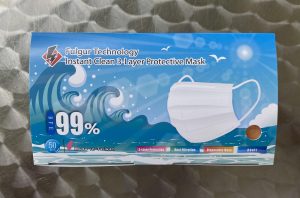 Fulgur Technology, a locally owned Guam-based company, announced Monday that it has entered into a partnership with a Government of Taiwan-backed manufacturer to produce and distribute medical-grade facemasks and other personal protective equipment on Guam and elsewhere in the United States.

Fulgur Technology owner Joseph John Mantanona announced that his company has teamed with Global Passion Corporation, Fuyang-tek Company, Ltd., and the Industrial Technology and Research Institute of Taiwan in a venture that will bring a new industry to Guam, create new jobs, and align with the effort between the governments of Taiwan and the United States to promote and establish a greater trade relationship
between the two countries.

“I’m excited to be part of an international team that will bring a large-scale manufacturing and distribution operation first to Guam and later to other areas in the continental United States,” says Mantanona. “Taiwan-based companies have expressed optimism and desire to establish business relationships with US firms, and this partnership is a testament that it can exist and will be successful,” Mantanona further stated.

The first of the PPEs the partnership will manufacture and distribute will be best-in-class BFE-99 facemasks.

When worn correctly, the BFE-99 masks provide the user with particulate protection that exceed what an N-95 mask can provide.

Global Passion Group with its President, Charlyn Li, spearheaded the teaming of the Taiwan organizations to partner with Fulgur Technology. Fuyang-tek Company, Ltd. is the manufacturing partner of the team and will lead the installation and maintenance programs for the facilities to be built on Guam and in the continental United States.

The Industrial Technology and Research Institute of Taiwan is a quasi-government not-for-profit research and development organization engaged in applied research and technical services. ITRI has played a vital role in transforming Taiwan’s economy from a labor-intensive production process to a high-tech industry.

Mantanona adds, “Taiwan leads the world in successfully combatting the coronavirus, and an integral part of the measures they have taken is the utilization of the PPEs that this partnership will be able to produce for our island and our nation.”

In speaking of the partnership, Chen Chun Hao, Manager for International Expansion for ITRI states, “We recognize this team as a powerful and unique platform to engage in the sharing of technologies and resources which benefit each organization and the communities in which they serve in.” Mr. Antonio Solomon Cheng, Director of the Global Passion Company, “We are pleased to create this partnership with these reputable companies by using light industrial manufacturing as a new door of opportunity for the people of Guam and eventually other places in the United States. For Guam, this well help to offset the losses experienced in the tourism industry caused by the pandemic.” 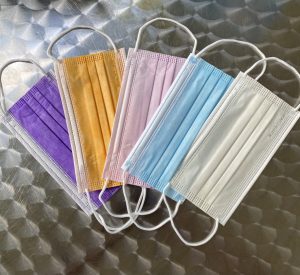