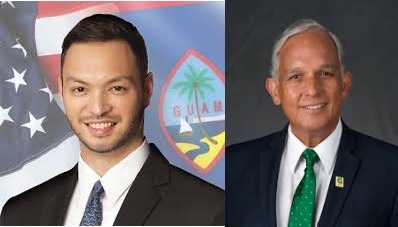 The GEC Board has declared an unprecedented runoff election in the race for Guam’s representative to Washington and in a complete anomaly, it will be a Democrat vs. a Democrat. 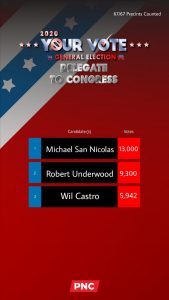 In the final count from Wednesday morning, incumbent Michael San Nicolas garnered the most votes at 13,000, followed by Dr. Robert Underwood at 9,300. However, unlike other elected seats on Guam, the Delegate must take a true majority of the votes (50%+1), leading to the runoff on November 17.

San Nicolas only got 45.95% of the total votes and did not meet the threshold.

Typically, the Primary Elections would ensure only two candidates face-off in the Congressional race during the General Election, however, since the primaries were cancelled due to COVID-19, it left three names on the ballot making it extremely difficult for any one of them to take more than 50% of the votes.

Pat Civille, a GEC Board Member, told PNC News the runoff election will be a little simpler with only two names on the ballot, however, it will still be a full election production, with all precincts open and counting headquarters at UOG set up that night.