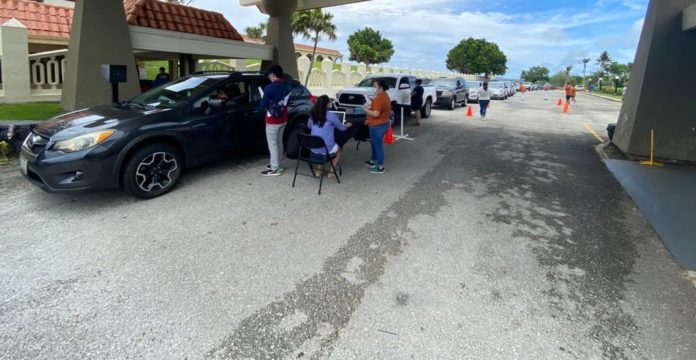 Guam Democrats selected their party’s delegates to the democratic national convention  during a drive-through presidential caucus held under the breezeway at Adelup on Saturday.

Of the seven delegates chosen, 5 are committed to vote for Joe Biden, 2 are pledged to Bernie Sanders.

Hundreds of Guam democrats took part, driving up to the breezeway and voting from their vehicles.

The results will be officially certified next week by the Party’s Nominating Committee.

The 2020 Democratic National Convention will be held in Milwaukee Wisconsin from August 17 to August 20.

The preliminary results are as follows: