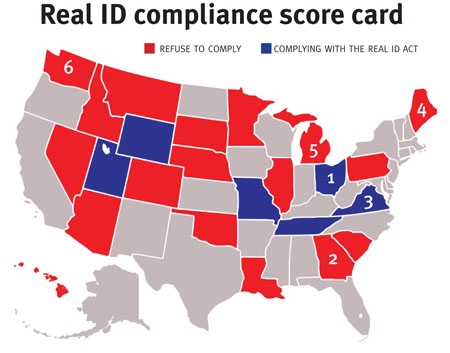 The Department of Homeland Security plans to enforce in a few months, the Real ID Act , aimed at preventing terrorists and others from getting fake driver’s licenses.  And that could mean Guam licenses may no longer be good for air travel.

Washington D.C. – Guam is one of three territories and nine-states whose driver’s licenses DHS says don’t meet  Real ID Act standards that Congress enacted in ’05, on the recommendation of the 9/11 Commission.

Deadline to meet the standards and keep using licenses as ID to fly,  are set to expire January 10th, but DHS says the public will have at least 120-days notice, before the changes go into effect.

Bordallo says in her letter, she’s concerned DHS’s decision to move ahead could have an “adverse impact” on her constituents, and impede their ability to travel domestically when using a valid Guam driver’s license.

Many Guam travelers use passports, since their flights go to or through international destinations, like Japan.  Others fly on purely domestic flights and don’t need passports.

Several states refused to comply with the Real ID Act, over privacy concerns…though Bordallo says GovGuam has been working to make license improvements.

DHS gave the states and Guam, Puerto Rico and the Virgin Islands, 120-extra days to comply.

That deadline now looms in the next few months.