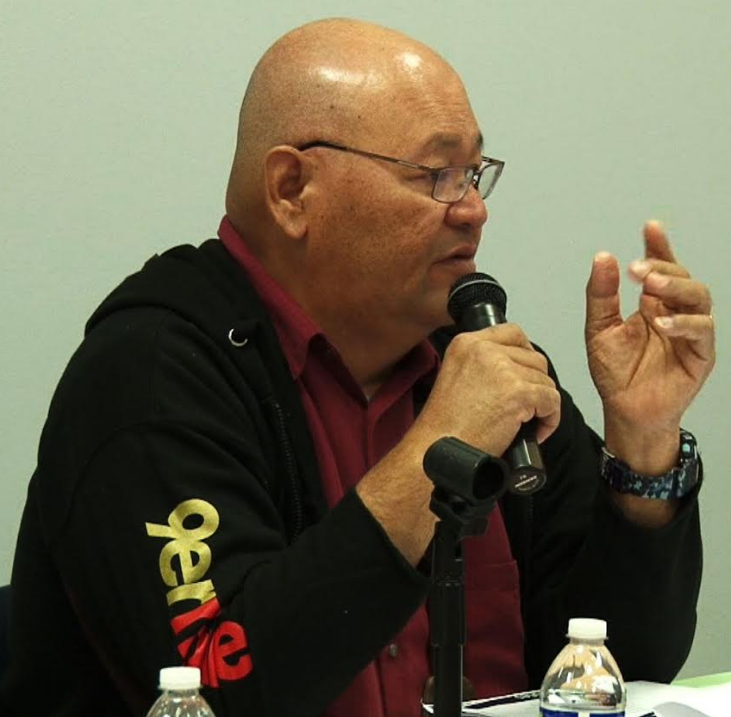 “He never disclosed his membership, not only membership but his position at the GFT,” –Concerned Citizen Barry Mead.

Guam – A Guam Education Board member is facing allegations of ethical misconduct.

Concerned Citizen Barry Mead filed the complaint against James Lujan for serving as both the Guam Federation of Teacher’s Treasurer and voting member of the Guam Education Board.

“I was kind of shocked,” recalls Mead in an interview with PNC. He continued, “I went to the GFT website and there’s two postings on their website. There’s one congratulating Mr. Lujan for being elected to the Education Board, and there’s another one after that saying that he was re-elected as the treasure under the GFT.”

Mead also says that he has copies of the March 7 and September 21 GEB meetings. In both meetings, he says Mr. Lujan made the motion to accept the contract between GFT and GEB.

“Well, as a board member of the GFT, he would have to vote to accept the ratification by the members of that same contract. So, he’s voting as a union person and he’s now turning around and voting for GFD,” Mead explains.

He also notes that GEB only had five voting members during both meetings. This means that if Lujan had recused himself, both motions would not have passed.

In the complaint, Mead says Lujan garnered $3K each year for the last two years while serving as the GFT Treasurer.

“You just can’t do that. That’s going to be a serious conflict of interest because he’s sitting on the board of the GEB and he’s making motions to approve a contract of GFT on which he sits on their board,” remarked Mead.

And now that the complaint has been filed, Mead believes there can only be one solution:

“I think the honorable thing would be for him to resign just like his predecessor Matt Rector. I think he should resign,” Mead concludes.

Meanwhile, both GEB Acting Chairwoman Maria Gutierrez and Superintendent Jon Fernandez were unable to comment as of news time.