Guam – The exposition is being held at the Hong Kong Convention and Exposition Center from August 15th – 17th.

The three day event has been a great opportunity for us to show case our Guam exports, and in the last couple of days, Guam has certainly stolen the show, with many buyers expressing interest.

Members of the GEDA staff were also part of the delegation, as we are administrators of the grant, and here to assist each of the clients with the set up and promotion of their goods.

“This is one of the biggest events of its kind in Asia, and it is expected, that by the end of the weekend over 350 thousand people will have walked through the exposition hall,” said Mana Silva Taijeron, GEDA Deputy Administrator. 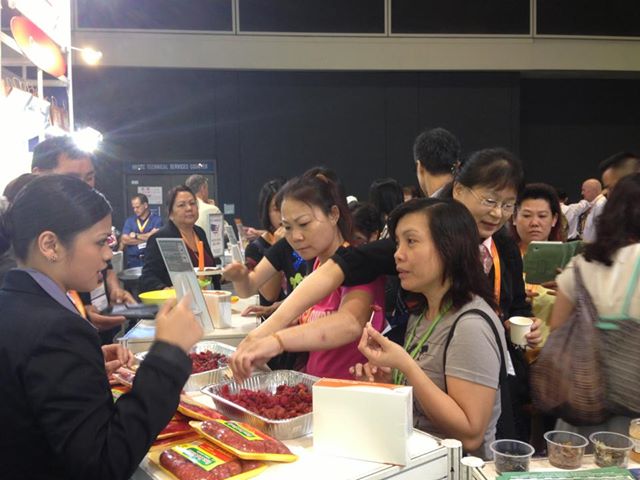 “Guam has certainly made an impact at the expo, capturing a lot of attention, which allowed us to share some information about the island’s growing export industry,” Silva Taijeron said.  “While here, we have been able to link with buyers from Hong Kong and China, as well as the Philippines, Malaysia, Australia, Korea, India and other areas.  We have also been able to meet with Hong Kong agriculture officials and members of their commerce department, and have been able to ask questions, regarding regulations in the exporting of goods to Hong Kong and China,” Silva Taijeron said.

Each of our clients had a lot of positive response.  We were also able to talk to at least 5 television organizations and news publications, who will be featuring Guam in their reports.  The Hong Kong Food Expo wraped up Sunday.