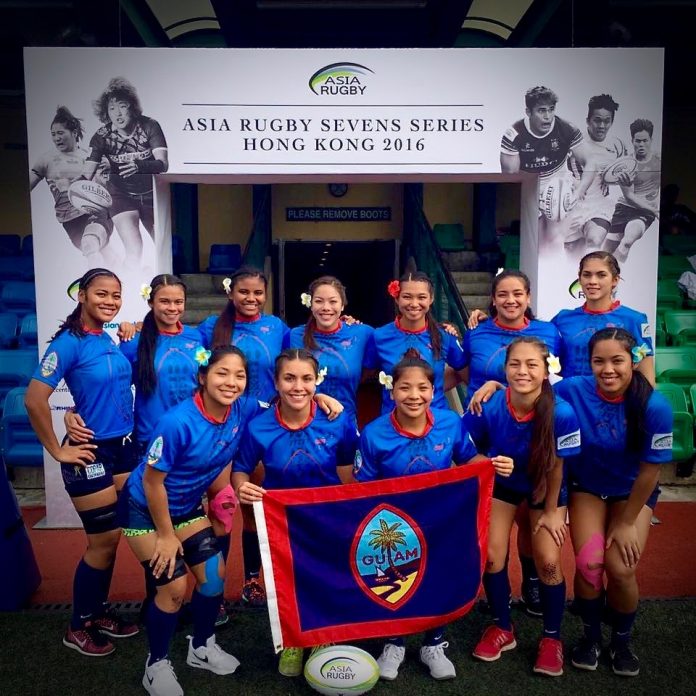 The Heineken Guam Women’s team will again compete in the Development Tournament being held in Bangkok in February 2017.

GUAM – The third and final Asia Women’s Rugby Sevens Series tournament was held in Colombo, Sri Lanka last weekend with Japan beating China in the final and winning the Series.

Unfortunately for Guam, Sri Lanka repeated their 6th place finish from the Hong Kong and edged Guam out of 6th place overall.  This qualifies Sri Lanka as a core team with guaranteed entry to all three tournaments next year.
The Heineken Guam Women’s team will again compete in the Development Tournament being held in Bangkok in February 2017.  The top 2 teams from this tournament will also qualify to play in all three tournaments in September and October 2017.
Guam Rugby Union President Stephen Grantham noted “While it is disappointing to not gain automatic qualification, our 7th placing in Asia Rugby shows that we are not out of place in these tournaments.  While we struggle against full time, Olympic funded athletes from Japan, China and Hong Kong, our matches against the next tier teams are always competitive.  Our playing improvement from Hong Kong to Korea showed that we have the ability and, with more match experience, we will be challenging for a top 5 finish next year.”
Team Guam now starts the fundraising efforts to head to Bangkok – interestingly Guam is the only team (women or men) in the tournaments who make a significant contribution to their costs to play.
Anybody who would like to assist can visit the Guam Rugby facebook page or email the Union at guamrugbyunion@gmail.com.
Overall Series ranking and results:
1. Japan – 34 points – 2 1st and 1 2nd place finishes
2. China – 32 pts – 1 1st and 2 2nd
3. Hong Kong – 23 pts – 2 3rd and 1 4th
4. Thailand – 22 pts – 1 3rd and 2 4th
5. Singapore – 15 pts – 3 4th
6. Sri Lanka – 8 pts – 2 6th*
7. GUAM – 6 pts – 1 6th and 1 7th*
8. South Korea – 2 7th*
9. Uzbekistan – 2 8th*
10. India – 1 8th **
*Only played two tournaments
**Only played one tournament