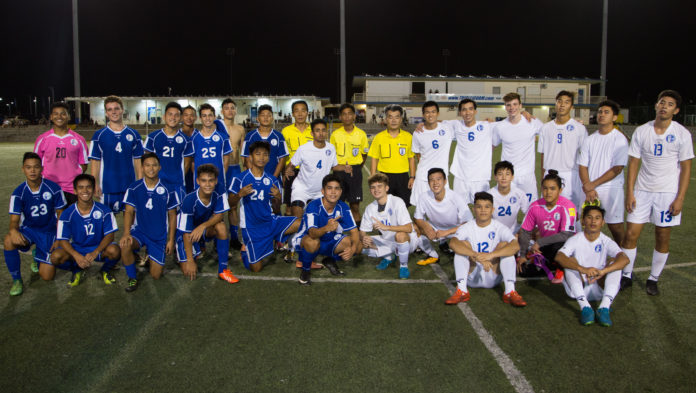 Team Gadao, made up primarily of  IIAAG Boys High School Soccer League All-Island players in the Second Team or Honorable Mention listing managed to overcome a talented Team Hurao, made up mostly of All-Island First-Team players

The All-Star match was the first official contest of 2018 at the GFA National Training Center. The Budweiser Soccer League is set to resume Jan. 17 after its holiday break and the Bud Light Women’s Soccer League Premier Division (W1) is set to kick off Jan. 21.