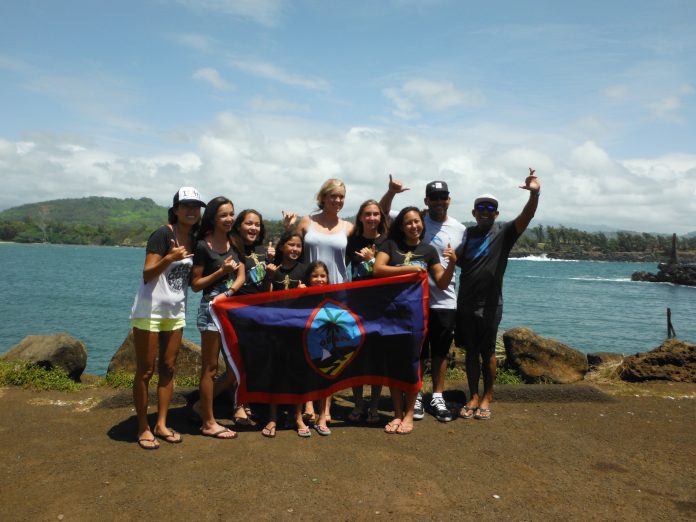 Honolulu, Hawaii – Ten Girls of Guam’s Hui Nalu Ocean Club, Junior Surf Team competed in the 17th Annual China Uemura’s Wahine Surfing Classic in Waikikki on June 1st and 2nd this month. The team is compromised of girls from the island community who range in age from 9 years-old to 16 years-old.

Several members of Team Guam advanced in their heats to the semi-finals. As well, Minami Kramer, 9, a fourth grade student at Harvest Christian Academy was presented a surfboard from event sponsor China Uemura in recognition of her scholastic achievement, earning straight A’s this past year.

Joe Villatora who coaches the Junior Girls Surf Team operates a daily surf camp and training clinic to our island’s youth who want to learn the basics skills of surfing.  The clinicoperates daily at Onward Beach Resort in Guam.

Mikaylee Dierking, 15, a summerassistant instructor for the club who competed in this year’s event shared: “It was so exciting to be part of this year’s competition. Our Guam team went up against some of the world’s best female junior surfers but it was a great experience and we will train even harder for next year’s event.” 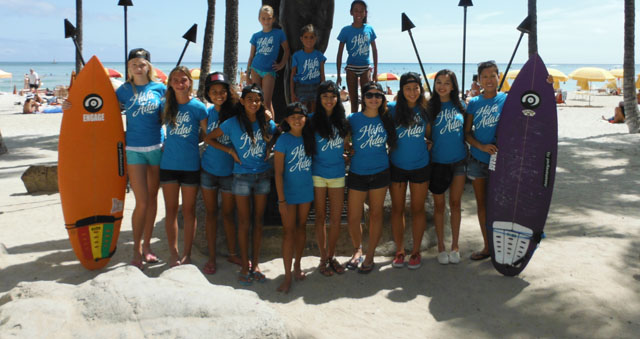 Villatora added: “Junior female surfing is really in its development stages on Guam and this event gives an opportunity for these young girls to experience competitive surfing abroad featuring world class talent. Every year we look forward to this competition because provides an outlet for our island girls to compete and become better on the world stage.”

Pancho Sullivan, a former WCT (World Championship Tour) professional surfer and representative of Rip Curl Pacific in Hawaii volunteered his time and provided additional support and training to the girl’s junior team.  “The team was grateful and honored by Pancho’s assistance and all the girls were really inspired by his mentorship,” added Villatora.

The annual surfing event draws nearly 200 competitors from Hawaii, Japan, Australia, New Zealand and the U.S. Mainland and provides a balance of athletic and scholastic competition amongst its competitors.