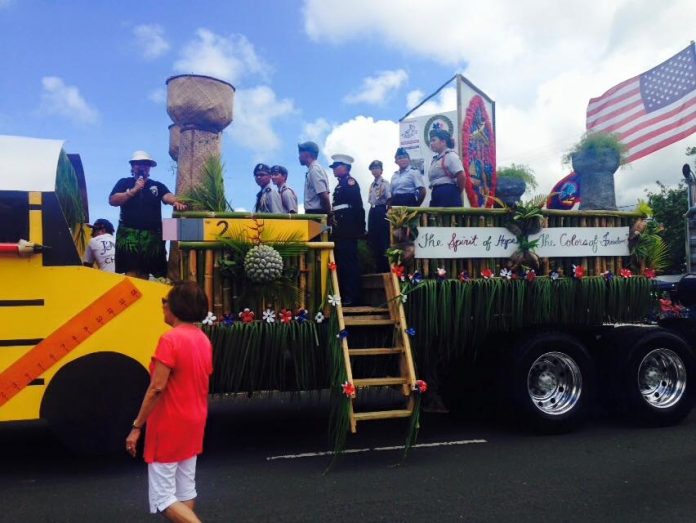 Today is Liberation Day on Guam and every year the island celebrates the day with a large parade in the heart of Hagatna.

Governor Eddie Calvo says, “Biba Liberation, Biba Guam and Biba USA. To everyone here this morning, I wish you tidings of joy and happiness in the 71st anniversary of the liberation of Guam. At the same time as we enjoy the company of others, as we enjoy today’s festivities, it’s also an important time to think back and give thanks and prayers to those who paid the sacrifice for our freedom.”

The 71st Liberation Day festivities commemorate freedom from Japanese occupation during World War II. Guam was an American possession prior to WWII, but during the war, the Japanese invaded and captured the island. However, three and a half years later, U.S. forces returned and took the island back from the Japanese. The natives of Guam endured many hardships during the Japanese occupation and many were relieved when U.S. forces returned. In fact, each year, Guam brings back a liberator and honors them during the celebration.
This year, the honorable veteran is Gene Bell. Bell says, “I only hope it’s continued for many years to come. The Governor asked me if I will be back for the 75th anniversary and I said ‘yes I will if I’m able.’ I keep my word. It’s a pleasure and honor to be here.”
PNC headed to the grand stand where we spoke with a couple of island dignitaries.
Joint Region Marianas Commander Rear Admiral Babette “Bette” Bolivar says, “This is a great experience. This is so significant because it’s my first one and being able to celebrate the 71st year of the freedom of our island is an amazing thing.”
Congresswoman Madeleine Bordallo says, “I always come back. I haven’t missed any liberation event since I was a young girl. Every year, they seem to get bigger and better. Today is the fun part and we see the BBQs. People come here to Guam and witness this and they can’t believe it! It’s such a wonderful wonderful occasion.”
We then asked what their favorite part of the celebration was.
Bolivar says, “My favorite part is watching the people appreciate the festivities, being able to accept the gifts they give and giving back. My team put together a bunch of little fans and stickers. Next year we’ll do it up, flags and everything else.”
Bordallo says, “I’m very proud of the marching units. There are about 1600 National Guardsman in the parade this morning. These are young men and women, some that are starting their military career…They’re going to take risks as time goes on and I think that brought a lot of emotion into me when I saw them marching.”