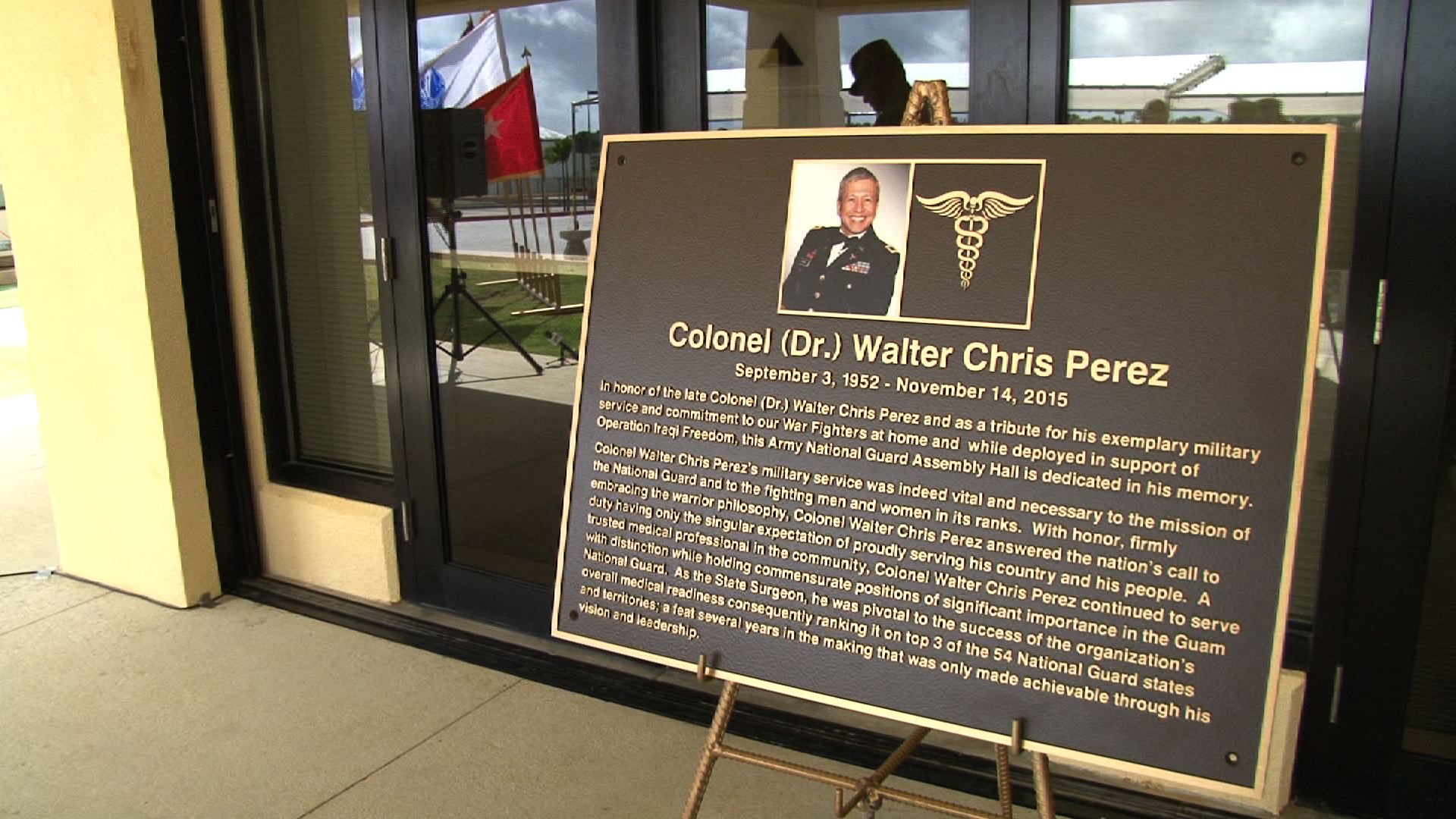 The Guam National Guard held a special ceremony this morning (Thurs.) to rename its assembly hall or building 350 in honor of the late Colonel Dr. Walter Chris Perez.

Guam – The assembly hall is one of the Barrigada Readiness Center’s newest facilities and it was renamed in Dr. Perez’s honor “as a tribute for his exemplary military service and commitment to our war fighters at home and while deployed in support of operation Iraqi Freedom.” Colonel Perez served in the Guam National Guard for eight years as part of the medical detachment and as the state surgeon. During the ceremony his children were given two awards presented posthumously in Col. Perez’s honor. Guam National Guard Adjutant General, Major General Roderick Leon Guerrero spoke highly of Colonel Perez saying he was a genuine caring loving person to his family friends and soldiers and airmen of the Guam National Guard.

The Colonel Walter Chris Perez building is a 14,406-square foot facility which is used for a variety of functions. It also houses the Guard’s Family Assistance Center and the Pass and I.D. Center.