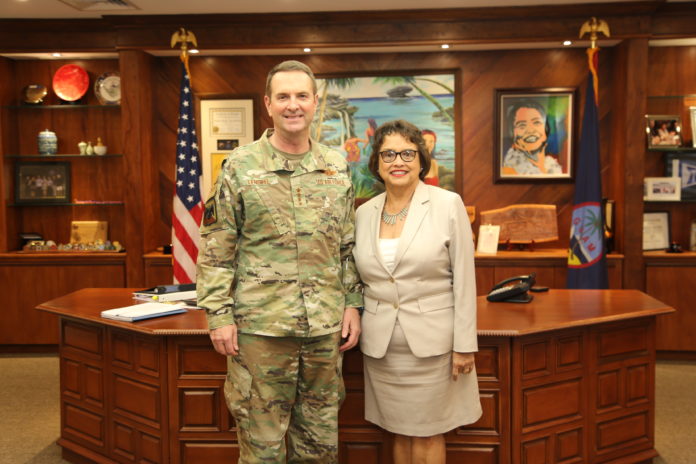 General Joseph L. Lengyel, Chief, National Guard Bureau, and member of the Joint Chiefs of Staff, made a brief stopover on Guam Wednesday to visit members of the Guam National Guard (GUNG).

It was part of his Indo-Pacific trip, which will include Saipan and surrounding countries which are part of the Guard’s state partnership program.

In addition to meeting with Governor Lourdes Leon Guerrero, GUNG Commander-In-Chief, and Maj. Gen. (GU) Esther Aguigui, The Adjutant General, GUNG, he also met with Rear Admiral John Menoni, Commander, Joint Region Marianas and Brig. Gen. Gentry Boswell, Commander, 36th Wing, to continue the discussion on Guam strategic importance and the role the Guard will play in ensuring the security of the island and the region. 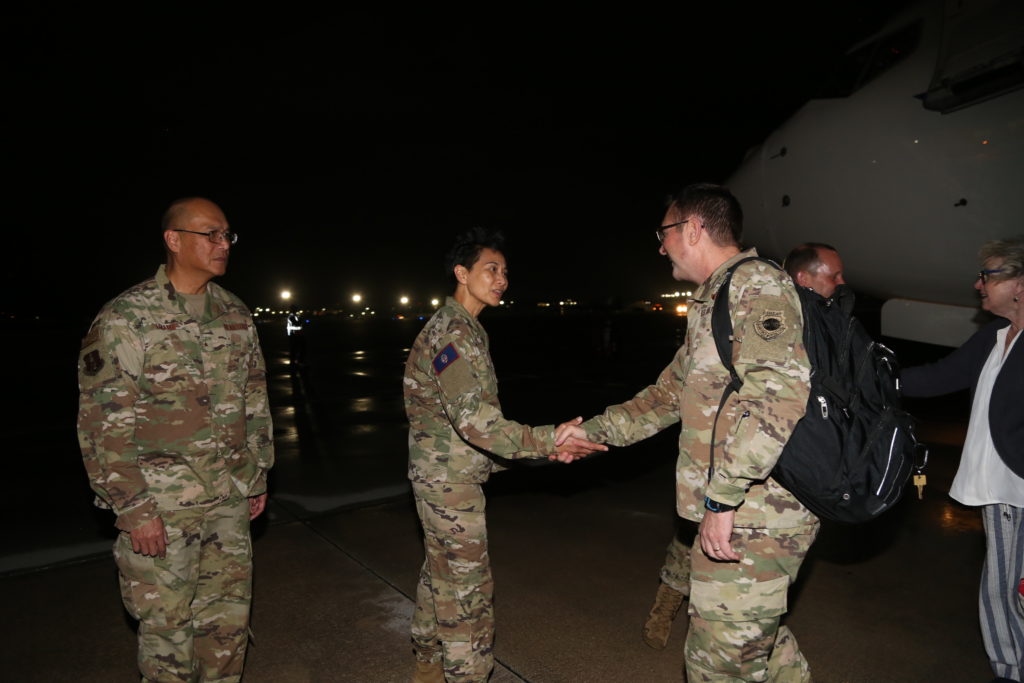 General Lengyel seemed to have the most pride when he spoke with Airmen, from the Guam Air National Guard’s 254th RED HORSE Squadron, during their annual training at Northwest Field.

“Thank you for stepping up and doing what you do,” he told the Airmen. “There are many weapons systems out there, but without you, the Airman, we can do nothing. You are some of the most motivated Airmen I’ve met and our nation is that much better because of you,” Lengyel said.

“It was an awesome visit from our Chief,” said 1st Lt. Mike Taman, Commander, Hita Company. He expressed his pride in being a part of the mission to help defend our island.