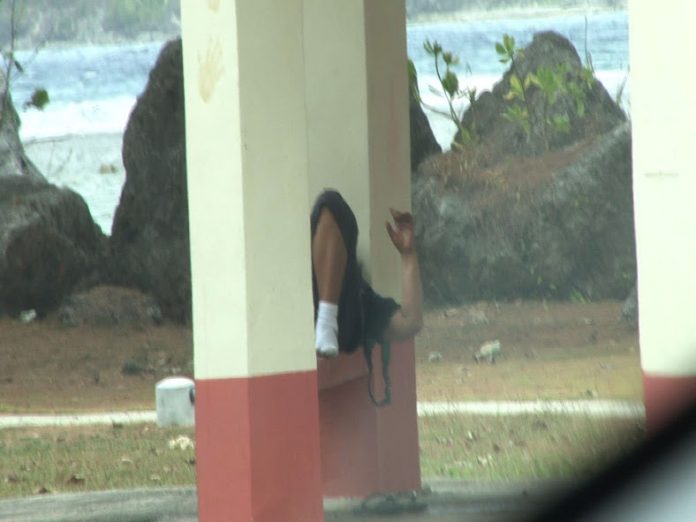 According to the data, there are 410 minors who are considered homeless.

Guam Homeless Coalition Chair Margaret Hattori says, “The sheltered count meaning those that are in housing conditions, inadequate housing or on the street, is at 972. However, when you add the 113 in the shelters, our total number for 2016 is 1085.”
When compared to numbers from last year, there is a 19% decrease in total unsheltered persons and a 23% increase in the number of persons residing in homeless shelters and transitional housing. However, what’s most disturbing is the total number of minors at 410. Hattori explains, “The number of children, total person under 18 is at 410. While some of them are families on the street, majority of the 410 are children living in poor poor housing conditions.”
However, this is just the preliminary findings. The Guam Housing and Urban Renewal Authority and the Guam Homeless Coalition conducted a count last month. Over 200 volunteers scanned the island searching for individuals and families living in conditions identified as homeless.
“The majority of our work starts early and then the areas we go to very early are public areas because once daylight hits, they generally will leave the area, for instance, the parks. We also surveyed those who live in inadequate housing say like buses, cars, tents. Also from Typhoon Dolphin some of the structures were tin and wood they haven’t been repaired so you have some people where their tin is falling down or they have no roof,” adds Hattori.
She says for this first round of the homeless count, they only asked for ethnicity. According to the report, there are two prominent ethnicities. Out of the 1085 homeless persons, 379 are Chuukese and 335 are Chamorros from Guam. In the coming weeks, Hattori says they will get more detailed information about our island’s homeless population such as gender, village, reasons for becoming homeless, barriers to obtaining employment, and sources of income. There are also specific subpopulations identified including Veterans, chronic homeless families and individuals, victims of domestic violence, those suffering from chronic substance abuse, and those with severe mental illness.
“We’ll see how many need housing right away, how many need jobs, how many need transportation so it’s very specific and it’ll give us a better idea about what people are looking for and how we can help them. We have a lot of people saying I want a job but I don’t have transportation. So it really highlights what are the real problems with people living in this situation,” says Hattori.
The Guam Homeless Coalition along with their partners were able to make about 100 referrals for those homeless persons who qualify for public housing, shelters, financial assistance or a job. Hattori says participating in the homeless count was very eye-opening. “We learned a lot about situations that strike normal people. You could have a job and then become ill or have a family member die and it’s such a tragedy that you fall into this spiral. I think it’s very eye-opening that a lot of homeless families and individuals just hit hard times and had no support system to fall back on.”
GHURA and the Guam Homeless Coalition anticipate the 2016 final data release by the end of March 2016.
If you would like to be a volunteer for the next homeless count or if you would like to donate to the island’s homeless community call GHURA at 477-9851.