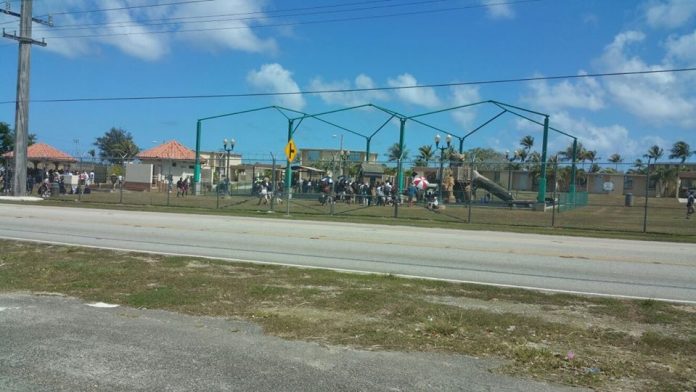 The last bomb threat reported at a local school was in February and both were written.

Guam – Guam High School was evacuated this morning at around 9:35 am due to a bomb scare.

According to Navy PAO Jeff Landis, a written bomb threat was found in one of the restrooms. K9 units from Andersen and the Navy were called to conduct a sweep.

After a sweep resulted in negative findings, the all-clear was given at 10:56 am and students returned to their classes.