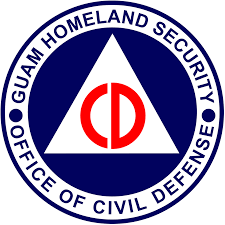 The Offices of Guam Homeland Security and Civil Defense (GHS/OCD), as well as the Mariana Regional Fusion Center (MRFC), is advising island residents that a social media post recommending steps to be taken in the event of a terrorist attack did not come from them.

According to a release from the two agencies, the post is circulating on chat groups as well as on social media. It encourages residents to take action in light of the current situation between the United States and Iran.

The post recommends a series of steps that residents should take to prepare for a possible terrorist attack, including carry a flashlight, a knife, and a gun.

The two agencies emphasize that the recommended steps in the post is not an official release from GHS/OCD or from any known emergency management partners.

The GHS/OCD release today reiterates their announcement on Monday that “there is no specific, credible threat to the United States at this time.”

That is the message from the U.S. Department of Homeland Security which issued a Bulletin on Saturday following last week’s assassination of Qassem Soleimani in a U.S. drone attack on January 2nd.

Soleimani was the Iranian commander of Iran’s Islamic Revolutionary Guard (IRGC) Corps Quds. The United States designated Iran a “State Sponsor of Terrorism” in 1984 and the IRGC was declared a Foreign Terrorist Organization in April of last year.

In their release today, GHS/OCD advises the community not to share unverified messages and report any suspicious activity, threatening social media posts or fake news by contacting the Marianas Fusion Center online at https://mlrin.org/ or by sending an email to mrfc@ghs.guam.gov.  You can also call 671-475-0400.

“If You See Something, Say Something”

READ the social media post that prompted concern from GHS/OCD below:

Iran has called on its sleeper cells around the world to hold retaliatory attacks against the US. That means that although you may have no intention of being involved, someone else may make that choice for you.

– Keep your heads up and out of your phones while you’re in public.

– Pay attention to your surroundings and make mental note of the locations of the nearest exits.

– Have no less than half a tank of gas in your vehicle at all times.

– Make sure your phone is charged when going out.

– For those willing and able to, carry your gun. Carry it concealed. Carry additional magazines.

– Have a small medical kit handy. Tourniquet, bandages, etc. A quick YouTube search will have you set up cheaply and quickly.

– Have a flashlight on you. Have a spare in your vehicle. In case of an attack in an enclosed building, lights going out causes confusion, makes you lose track of the people with you and can make a bad situation 10x worse. A simple, reliable flashlight can help alleviate these issues.

– Always carry a sturdy, lockable knife. It has many more uses than cutting cheesecake.

– Avoid stupid places, with stupid people, doing stupid things. This applies to anytime, not just during times of heightened security.

– Trust your instincts. If your spidey-senses are tingly while you are out, then that is your body sensing danger of some type. Listen to that few hundred thousand years of human evolution telling you that something nearby wants to hurt you and your family, and go be somewhere else.

– If something doesn’t look right, it probably isn’t.

– Don’t let someone else’s Selective Ignorance deter you from being Properly Prepared to Provide Protection to your People.

I say these reminders not to scare the friends and family that read this but to make sure they are aware of the clear and present dangers that exist right here and now.

Bad people are intent on doing bad things to Americans. They do not care if you have kids, they don’t care how you vote, and they don’t care what church you attend. They care that you are an American, and they want to hurt as many Americans as possible.

They are not going to only target military bases stateside. They will go after and attack civilians. They will attack women and children specifically. This is what they do. This is why they are called “terrorists”. Their goal is to create enough fear that others voluntarily bend to their will. Know that upfront and don’t sugar-coat that fact.

Our country has been dealing with this issue for two decades, and honestly, we as a society have become lax recently to the possibility of attacks specifically from terrorists. Most of us have been more worried about the mentally unstable school-shooter-types that have filled the news this past couple of years. That has seemed the more plausible and likely threat. That is no longer the case. Enemies are actively planning to hurt Americans, on American soil.