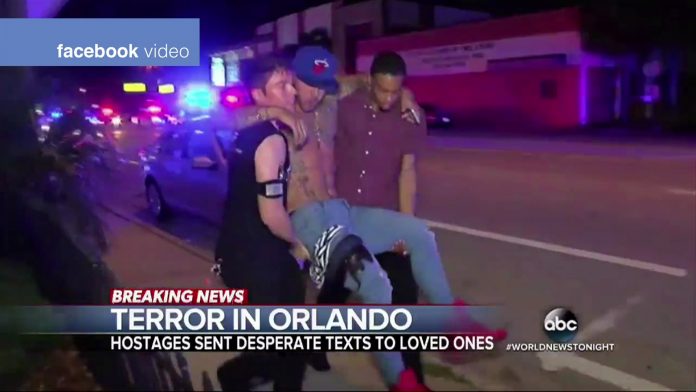 The gunman has been identified as Omar Mateen. Authorities are treating the mass killing as an act of terror.

Guam – Local and federal authorities here on Guam are monitoring the tragic shooting in Orlando, Florida, but assure Guam residents that there are no threats to our community at this time.

The mass shooting was reported last night at a gay night club called Pulse in Orlando. Police have confirmed that at least 50 people were killed and 53 others injured.

The gunman, identified as Omar Mateen was killed by police as they tried to rescue hostages. Former Guam resident Sean Kerrigan called into the One Free RePhill show this afternoon on NewsTalk K57 with host Phil Leon Guerrero to talk about the shock and confusion the massacre has left in its wake.

“There’s a lot of tension in Orlando right now,” Kerrigan describes. “I woke up this morning, the day before there was already a shooting of The Voice singer, just a few, like pretty much not even a mile or two away from my home. I woke up this morning and I was confused by some Facebook posts and it all sounded–I thought it was talking about that event and then that shooting or whatever at Pulse. It’s a club that I’ve been to before, that I’ve visited before and it was very confusing. I’m at my studio right here and it’s just a mile away from the Pulse, from the club.”

The FBI also sent out a release this morning to assure the local community that there are no known related threats within the Honolulu FBI’s area of responsibility, which includes Guam.