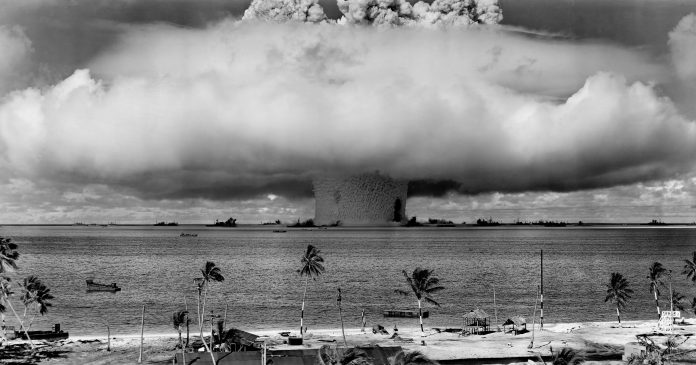 Guam is among the new jurisdictions that would be eligible for radiation exposure compensation under a U.S. Senate bill that proposes to widen the eligibility requirements for health benefit claims.

The territory’s inclusion in the proposed Radiation Exposure Compensation Act Amendments of 2019—filed by U.S. Sen. Mike Crapo (R-Idaho)— marks progress in Guam’s advocates’ longstanding battle for extension of compensation to local residents exposed to radiation during U.S. Pacific nuclear testing from 1946 to 1962.

The bill would increase compensation and widen eligibility requirements for victims denied government help for more than 50 year for health problems relating to cancer caused by radioactive fallout from nuclear bomb tests in the 1950s and 1960s.

Robert Celestial, president of the Pacific Association for Radiation Survivors, said he expects a similar bill to be introduced in the U. S. House in the next few days.

Celestial was one of four people nationwide invited to testify before the last Senate Judiciary committee on a similar RECA bill in June 2017.

Under RECA, claimants are entitled to free medical care, health screening, and $150,000 compensation for certain illness, for qualified individuals. In 2004, the National Academies of Science recommended that Guam be included under RECA as downwinders.

It has been more than a decade since the National Research Council declared Guam’s eligibility for compensation under the RECA program. In 2005, the council released a report concluding that “Guam did receive measurable fallout from atmospheric testing of nuclear weapons in the Pacific” between 1946 and 1958.  The council recommended that people living on island during that period be compensated under RECA “in a way similar to that of persons considered to be downwinders.”

As of 2017, the Justice Department had awarded more than $2 billion in “compassionate compensation” to eligible claimants under RECA, which provides up to $150,000 to victims of radiation.  No one from Guam has received a cent from this program. The RECA program expires in 2022, but the justice department will stop receiving applications in 2020 to allow a two-year period to process the compensation.

About 67 nuclear devices were detonated by the Atomic Energy Commission in or around the Marshalls between 1946 and 1962. “The radiation emanating from these explosions severely affected those who lived in the Marshall Islands, resulting in everything from cancers to birth deformities. However, the radioactive fallout didn’t stop there: it extended downwind over 1,000 miles away to Guam,” states the council’s report.

The 2005 study established that Guam did receive radioactive debris from fallout during the nuclear-weapons testing in the Pacific Ocean.  The report, along with other studies, have established a correlation between the nuclear testing and high incidences of cancer in Guam, which is the second leading cause of death locally.

In a press statement, PARS said it “has been assured by Guam Sen. Therese Terlaje that she will pursue a Resolution confirming the support of the Guam Legislature and the people of Guam to both the Senate and House bills. Celestial has also spoken to Congressman Mike San Nicolas and asked him to cosponsor the House bill.” (Pacific Island Times)