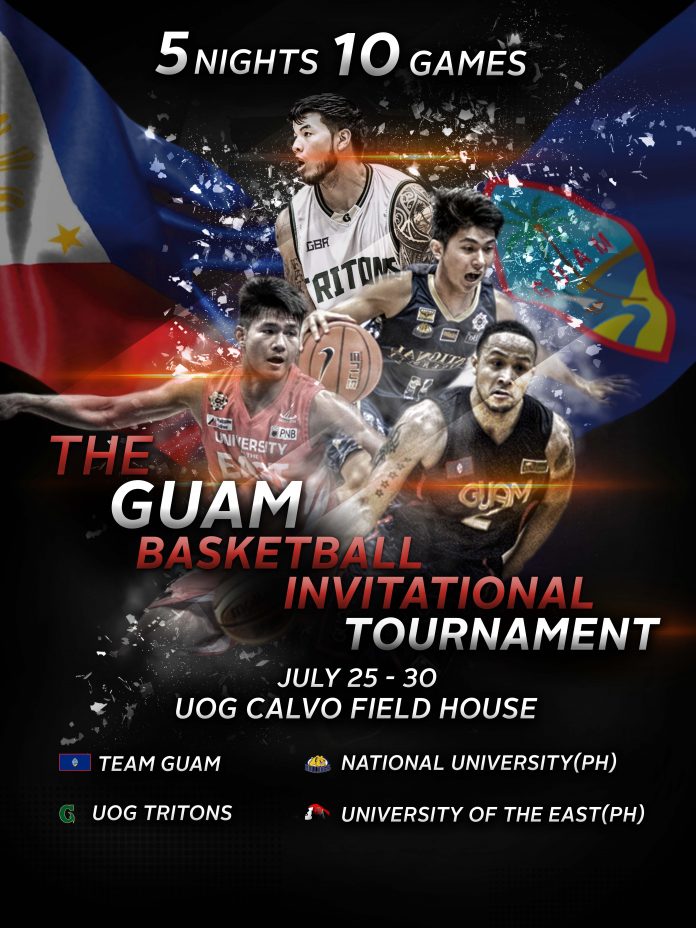 Guam’s biggest basketball showdown of the summer is set!

GUAM – The Guam Invitational Basketball Tournament (GIBT) will feature the highest caliber basketball action in the region this year at The UOG Calvo Field House from July 25th to 30th. The GIBT will feature 2 games per day to entertain local fans, as 2 of the top college teams from the Philippines arrive for a showdown against the best Guam has to offer!

The newly rejuvenated University of Guam Triton Men’s Basketball Team will host The GIBT and showcase some of Guam’s best young players. This will be the first time The Tritons have competed against international universities in almost a decade, and new Head Coach Stephen Yates plans to help the program improve and add more tournaments against college teams at home and abroad in the future.

Two powerhouse teams from the famed UAAP league in the Philippines will visit Guam this July as they prepare for their upcoming college season by tuning up against Guam’s best. The University of the East (Manila) and National University (Manila) are set to compete and showcase the skill that make them annual contenders in the UAAP.

Lastly, our Guam Men’s National Team is expected to put on a show for local fans after their recent historic performance, and will feature some of the best players ever to represent Guam Basketball for the first time on home soil. In 2015, Team Guam not only won Gold in Port Moresby at The Pacific Games, but were then voted Most Outstanding Team by the Pacific Games Counsel, and later awarded the GSPN Athletes of the Year! This will be the only tournament competition for Team Guam in 2016, as they continue to climb the world rankings and prepare for the FIBA Asia Championships in 2017.

Admissions will be $10 for adults & $5 per day for under-18 years old or current student ID. Tournament Passes will also be available at special rates.