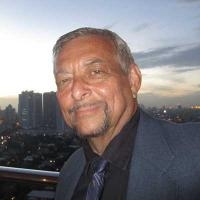 Between 1990 and 2010 the number of elderly or manamko on Guam aged 65 years or older has increased by more than 103% and this population is expected to continue to increase.

Between 1990 and 2010 the number of elderly or manamko on Guam aged 65 years or older has increased by more than 103% and this population is expected to continue to increase. It’s something Dr. Stoil refers to as the greying of Guam. With this in mind Dr. Stoil’s class took a look at how U.S. programs match with Guam’s aging population. His class also took a look at how these programs match with the elderly in other territories like American Samao. The conclusion is that “The assumptions that drive U.S. programs related to aging are a poor match for the needs of elders in the territories,” For example the traditional pattern in Chamorro culture was to have extended families living in family compounds with younger members taking care of their elders. Meanwhile federally assisted housing makes no provision for multi-generational dwellings. In fact federally assisted housing for the elderly is designed to promote independent living. “Essentially federal housing policy creates a situation in which people expecting to get federally insured housing loans for low income housing for Guam cannot provide the kind of housing necessary for multi-generational living,” said Dr. Stoil.

U.S. policy also falls short when it comes to healthcare. For example to receive certain types of healthcare many elders must travel to the U.S. mainland but medicare and medicaid don’t cover travel expenses.