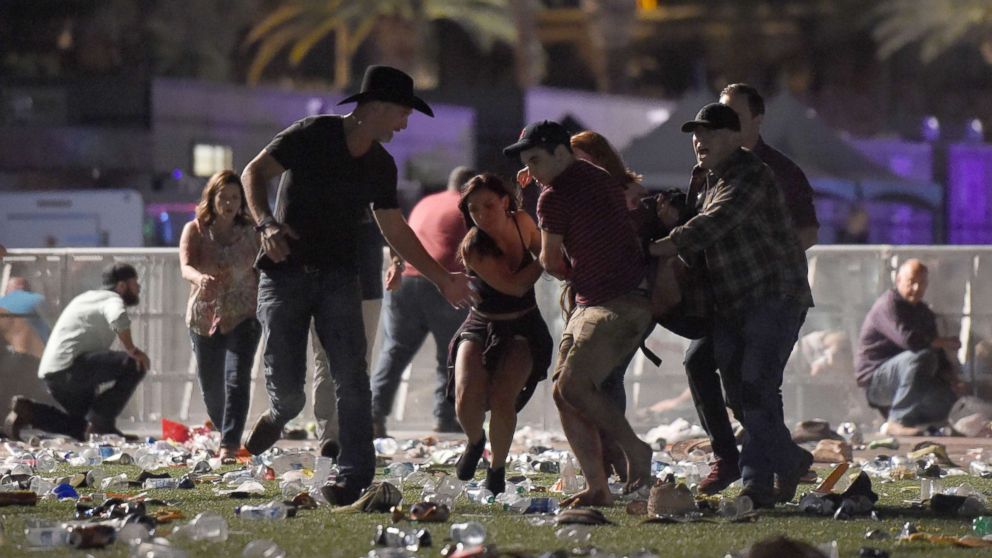 Flags will be flown at half-staff to honor the victims who died in the tragedy.

Las Vegas, NV – In Las Vegas, where thousands of Guamanians live, the death toll has reached 59 with hundreds more injured after an active shooter opened fire at the Mandalay Bay Resort yesterday during a Route 91 Harvest Festival.

The Las Vegas Metropolitan Police Department confirmed the death toll at 59 with 527 injured.

In a media briefing today, Metro Assistant Sheriff Todd Fasulo identified the suspect as 64-year-old Stephen Paddock who reportedly rented a room on the 32nd floor of the Mandalay Bay where he apparently launched the shooting spree.

Several videos from the scene that have gone viral show concert goers scrambling and ducking for cover as screaming and gunshots from an automatic weapon could be heard in the background.

According to authorities, the suspect shot himself by the time police reached his hotel room.

Fasulo addressed the safety of the Las Vegas area in the wake of what is now recorded as the deadliest mass shooting in U.S. history.

“We know of no known threats in our Las Vegas area. If we did know of anything that could harm the safety and security of our citizens, we would tell you that and our department would act upon that,” said Fasulo.

“I wanna emphasize that we believe Paddock is solely responsible for this heinous act,” he added. “These past 20 hours have been trying and we know we have a long way to go. I’m proud of the courage and resiliency displayed by all our first responders on this event.”

Fasulo added that donations from near and far have been pouring in and they have set up a gofundme account to help the victims and their families.

On Guam, Acting Governor Ray Tenorio has called for the lowering of flags to half-staff in honor of the shooting victims.

Acting Governor Ray Tenorio is calling for all government agencies to lower their flags to half-staff as a mark of respect for those lives that were senselessly cut short in the tragic events in Las Vegas on the night of Oct. 1. The flags will remain at half-staff until Oct. 6 in line with President Trump’s proclamation.
“These acts of hatred must stop, and those discussions will be had in the days to come. But today, let us join in prayer and mourning for those fathers, mothers, sons and daughters who were killed in an abhorrent action of a person who didn’t respect or honor the lives of others,” acting Governor Ray Tenorio stated.
“I am encouraged that in the face of this senseless killing spree there are many who rushed to protect and help others, saving lives in the process. It is proof that there is love in this world. We on Guam, join in prayer with those around the nation and lift every person who was there, those who were injured and those who lost their lives as well as the family members who mourn them.”