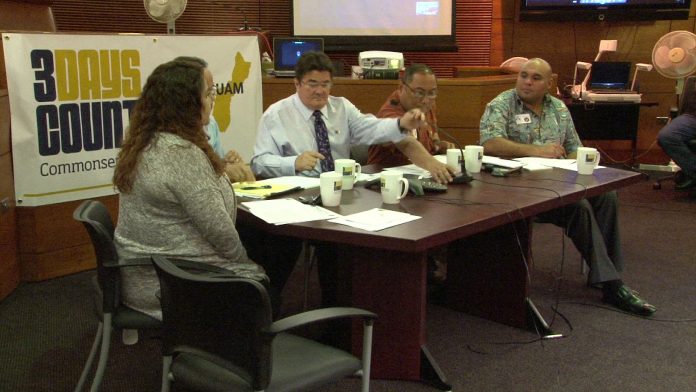 DOC says GovGuam spends about $120 per day per prisoner to keep them incarcerated.

Guam – Guam has one of the highest rates of pretrial incarceration and recidivism, but officials are hoping to change that by joining 3 Days Count, a national campaign that aims to reform pretrial justice across the nation.

In an effort to address high and unnecessary incarceration rates on Guam, the island has joined a national campaign called 3 Days Count. The campaign will have 20 jurisdiction members and today Guam became the first jurisdiction to join the campaign.

“I think we see and we understand our system is based on one that is, ‘You’re innocent until proven guilty.’ But what the evidence is showing and what research shows is that when someone is incarcerated pre-detention, the likelihood is that they will recidivate at a higher rate than those that are actually released earlier on,” says Chief Justice Robert Torres.

Although the goal is to be able to reduce the number of unnecessary incarceration by the year 2020, Court Administrator Josh Tenorio says they will begin utilizing tools now, such as the Ohio Risk Assessment Sytem or ORAS. He also says that they will conduct an assessment to determine what kind of individual goals they would want to reach.

“We’re looking at a two-month period in which we’re going to be training our pretrial officers and the judges with how to administer the screen and then match that with what level of supervision, if any level is required, for pretrial,” says Tenorio.

At this point, Torres says it’s extremely costly to continue to house prisoners and he hopes that in addition to reducing recidivism rates, GovGuam will also save some money in the process. Department of Corrections Deputy Director Carla Borja says there are more than 770 prisoners at DOC with at least 60 percent of those on pretrial detention. The cost to keep a prisoner in jail, she says, is about $120 per day.

“I think by reducing the number of unnecessary pretrial detainees will result in not only the cost reductions that we’re talking about, what we’re really looking at, our community will end up being safer as a result of the sound decision making that we make rather than releasing these people after they’ve been held for an unnecessary long period of time that then they’re gonna do things that if they were released probably would not do,” says Torres.