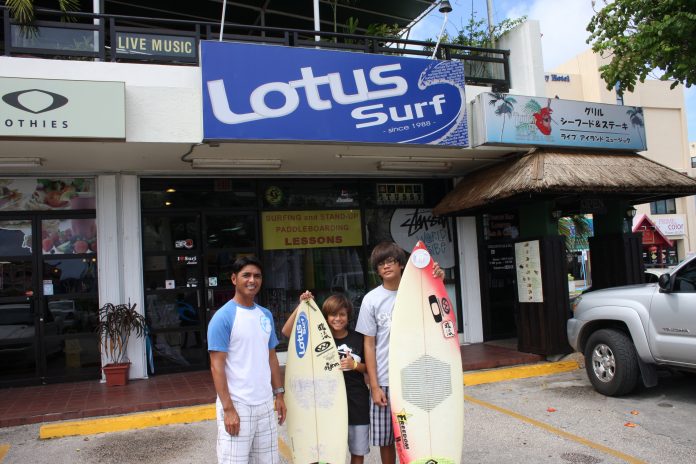 Guam –  Two Guam junior surf athletes will compete at the Isonoura Youth Surfing Contest in Japan on July 3. Jared Brandon Gogue, 13, and his older sibling, 16-year-old Joshua James “JJ” Gogue, will compete at the surfing contest in the coastal town of Wakayama, near Osaka.

“Our association believes that in order for these juniors to attain the standards and skills to reach the next competitive level, they should get exposure to compete anddevelop their surfing abilities in different contests on Guam as well as overseas,” says Willi Byerly, president of Guahan Napu association. “They are potentially Guam’s future male athlete surfing representatives when they reach that age category to compete in regional and international events.”

The duo leaves on June 30 and will return to Guam on July 5, accompanied by their father and Fred Mendiola, manager of Lotus Surf Shop and Guam’s long board surf athlete at the upcoming 2011 Pacific Games in New Caledonia. The two young athletes’ travel expense is also partly sponsored by a financial donation from Tumon Bay Lobster and Grill.

Information from a press a release.