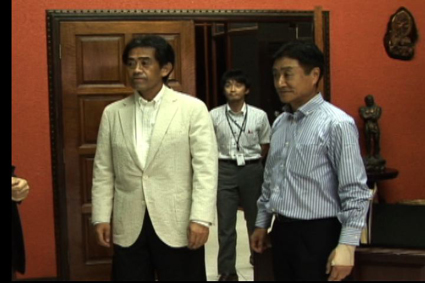 Ichiro Aisawa is on Guam for a fact finding mission on the impending military buildup. Speaker Judi Won Pat says the Japanese House Representative was in the majority party and was in charge of the house budget. Since he brings a wealth of information on foreign affairs and the Japanese economy, the Speaker mentions lawmakers wanted to discuss the financing of the buildup costs with him.

Won Pat adds she also wants to explore the possibility of using low interest rate loans from Japan. But overall, she says the Guam Legislature wants to build a good relationship with Aisawa, especially as the buildup draws near.