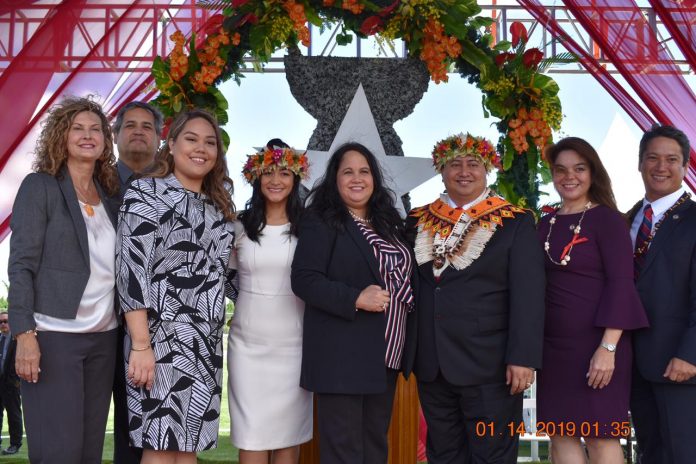 If the Speaker’s story holds water, maybe we should’ve paid senators and the governor to attend the CNMI’s inaugural festivities on Saipan this week. After a heads up from the Guam Governor’s Office that our island’s elected officials were visiting our brothers and sisters up north to celebrate victory at the polls in the Northern Marianas, PNC and Newstalk K57 did a little digging and thinking about how familiar this trip sounds to a similar visit just concluded by Congressman Mike San Nicolas—and how Guam might benefit from both excursions, with the notion that responsibly funded diplomatic missions can go a long way.

Guam – It’s a familiar story across the Americas. Democratic members of Congress being criticized for whooping it up in Puerto Rico while federal workers across the nation toil without pay during the post-holiday government shutdown.

Just like eyebrows raised over a delegation of elected Guam officials taking a trip up to the capital of the Commonwealth in the middle of this month to wish their fellow victors well upon taking their oaths of office, then attending parties and snapping selfies afterward.

But the truth may be a bit more productive than meets the suspicious eye. Both trips were to U.S. Territories still reeling from the aftereffects of super storms that wiped out life as islanders once knew it. President Trump first declared a state of emergency for the CNMI after Typhoon Mankhut made landfall in Rota last September. The following month two people died on Saipan as a result of Super Typhoon Yutu’s devastation to that island and Tinian. And Puerto Rico lost nearly 3,000 people to Hurricane Maria a year earlier. The Atlantic territory and the Pacific Commonwealth both remain in protracted recovery.

Meanwhile, Guam leaders are proclaiming time well spent with boots on the ground in both territories. 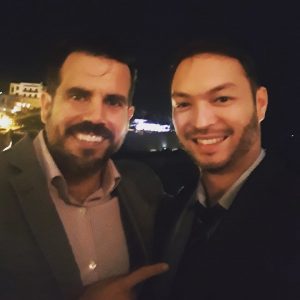 “When we met I told him, ‘Governor, your brothers and sisters of the Territory of Guam are here to stand with Puerto Rico.’ We help them. They help us. We help each other,” San Nicolas said on his official Facebook page.

No sooner had the Congressman arrived back in Washington, DC than he was meeting with the father of Gov. Ricardo, former Gov. Pedro Rosselló.

“Huge breakthroughs being negotiated and commitments being made, but stay tuned as we roll out new synergies that bridge the causes of the Pacific and the Atlantic,” San Nicolas announced on Facebook. 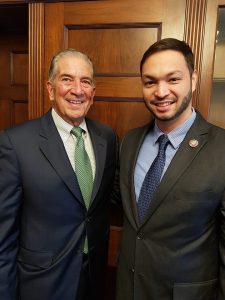 And just as Guam’s lone delegate to Congress defended his trip to the territory in the Caribbean, Guam Speaker Tina Muna Barnes spoke up for members of the Democratic delegation to Saipan, including various lawmakers, Governor Leon Guerrero, and First Gentleman Jeff Cook—telling Newstalk K57’s Patti Arroyo this morning that CNMI leaders’ appreciation for Guam Power Authority restoration crews, the Guam National Guard, and countless Guam donations of cash and in-kind products and services to post-typhoon Saipan, Tinian, and Rota has been overwhelmingly positive–a catharsis–in Chamorro, a feeling of abrasun mago’dai, nai—squeezing hugs, yearning for release. Malagu bai hu bite-chu ha’! (I’m going to bite you!)

“It was a supreme effort on the collaboration,” the Speaker said. “And, Patti, again, the appreciation that they shared, that we have all the admiration to embrace our relationship…moving forward…to work closely together to bring solutions to our concerns of interest.”

It wasn’t always this way. Guam and Saipan have endured decades of bitter rivalries over their complex relationships with Imperial Japan and the United States since WWII. Sometimes devolving into Cain’s momentous question, “Am I my brother’s keeper?”

But Speaker Muna Barnes feels sanguine hope for a socioeconomic and cultural renaissance across the archipelago as the territory and the commonwealth of the shared Marianas archipelago re-explore common ground and dovetail shared interests.

“From healthcare to transportation, air transportation, to cultural preservation,” Muna Barnes said. “I, having had the opportunity to speak to the [CNMI] governor [Ralph Torres] and his idea of us coming in together as we talk about the cruise industry and the viability of how that could work for Guam, Saipan, and even the outer islands of the Marianas.”

Insisting Guam got good bang for zero public bucks, the Speaker and the Offices of Senators Amanda Shelton, Kelly Marsh Taitano, Louise Muna, and Wil Castro have all said their Saipan trips were paid for with personal funds. 35th Legislature’s Executive Director Carlo Branch confirms that no government travel authorizations were requested.

When asked how Gov. Leon Guerrero’s trip was paid for, Chief of Staff Tony Babauta told us the funding came from “the money raised during our Transition period, which paid for our operations transitioning in the new admin, as well as celebratory activities, like the inaugural ceremony. Under law, the Transition Committee is an official entity.”

The following is a news release sent to PNC from the Office of Speaker Tina Muna Barnes on Tuesday, January 15, 2019.

Hagåtña – Speaker Muña Barnes, Senator Shelton and Senator Marsh spent the past few days attending inaugural ceremonies in the CNMI. Yesterday, Monday January 14, 2019 they attended the inauguration of Mayor Atapang of Saipan, the House and Senate of the Commonwealth Legislature as well as the Governor and Lieutenant Governor.  The trip was funded by personal funds.  A large delegation of CNMI leaders had recently attended inauguration ceremonies on Guam for the Governor, Lt. Governor and Legislature as well.

Attao as well as had meetings attended by the entire house and Senate of the CNMI Legislature. They also briefly spoke with the Governor of the CNMI, Governor Ralph Torres on tackling issues specific to the Marianas including the tourism, healthcare, cultural preservation and regional affairs.  Senators also met with GPA crews and Guam National Guard members in the CNMI assisting with typhoon recovery efforts.

“These meetings further solidified the relationship between Guam and CNMI. We discussed issues that have plagued our islands for decades and began dialogue to further capitalize on our tourism industry through partnerships on air transportation, cruise lines as well as improving healthcare throughout our blue continent” stated Speaker Barnes. “Every corner you turn, it is heartwarming and gratifying to see Guam flags waving proudly from our GPA trucks. Un Dångkolo Na Si Yu’os Ma’åse to the linemen from GPA as well as their families, for making the sacrifice to assist our brothers and sisters return to normalcy” Muna Barnes concluded.

“We discussed expanding regional healthcare opportunities with CNMI leaders to provide greater access to medical care for all our families.  This also provides economic opportunity for our healthcare industry to grow and provide jobs for our people.  The future of our islands lies in the cooperation with our neighbors and building upon our shared culture of respect,” stated Senator Shelton.

Speaker Muña Barnes and Senator Shelton will be returning back to Guam today, Tuesday January 15, 2019. For verification on whether Government funds were used for this trip, kindly contact the Executive Director of the Guam Legislature.