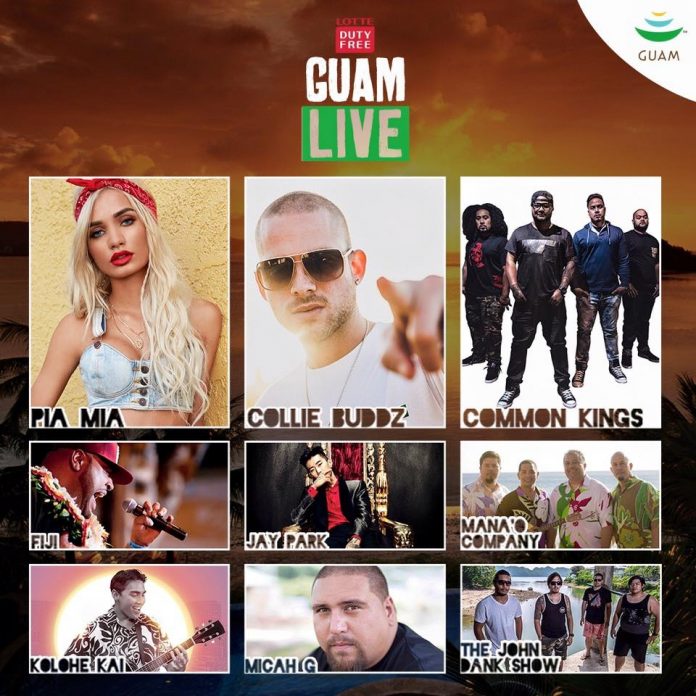 This year’s music festival features a line up of artists from around the region!

Guam – This Sunday, prepare for the return of the 3rd Annual Guam Live International Music Festival.

This year, the festival hosted by the Guam Visitors Bureau and the Lotte Duty Free will be taking over the Governor Joseph Flores Memorial Park in Tumon. Keeping in tune with FESTPAC, this single day music festival will highlight top musicians from around the Pacific, as well as hit makers from around the world. Headlining this year’s festival is Guam’s very own Pia Mia. The line up of talents include Common Kings, Collie Buddz, Fiji, Kolohe Kai and rising rock reggae band The John Dank Show.

Pia Mia tells us what to expect from her performance. She says, “This year’s performance will be a step up from the first time I performed for Guam Live. Since then, I released a new single inspired by JBOOG’s “Lets Do it Again”. I’ve been training and working really hard. There’s going to be more songs that have had a huge success like “Do it Again” and I’ve been able to collaborate with more artists and I’m just really excited for the show.”
The John Dank Show says they also have a surprise. “We have roots of Chamorro music on Guam so we’re going to try to showcase that too.”
Tickets are available at all 76 Circle K locations, MWR, Andersen ITT, Guam AutoSpot, and online at www.guamlive.com. Tickets are $50 and $60 at the door. Gates open at 2 pm.