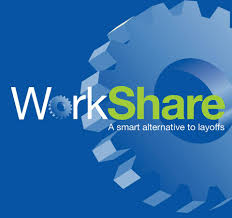 Guam is missing out on federal funding which could help businesses avoid laying off employees during this public health pandemic.

50 states, the District of Columbia, Puerto Rico, and the US Virgin Islands can tap into federal funding to stave off unemployment under the CARES Act. According to the National Conference of State Legislatures (NCSL), 26 states currently have Work Share programs in place.

PUA and FPUC were established through a provision under the Stafford Act and not the UI program.

San Nicolas says: “We cannot federally mandate the creation of a local unemployment insurance program, much less the subprograms of such a program, nor can we fund them if they do not exist.”

The Congressman says why Guam doesn’t have a workshare program is a question better suited for the local government to answer. So we reached out to Governor Lou Leon Guerrero, who stated,  “Leaders like the late Speaker Don Parkinson and others repeatedly attempted to build an unemployment insurance program in Guam.  Their efforts were regularly opposed because UI is traditionally funded by a fractional unemployment tax that builds a benefit pool over a number of years. If claims exceed the amount of money available in the UI fund, low to no interest loans are available from US DOL but the qualification process is often lengthy and bureaucratic, requiring more time than we have. This reality is why specialized language was written for Guam and the CNMI in the first place. Why additional language could not be crafted permitting us to avail of all programs, as some have claimed, is a matter for Congress.”

The STC funding is set to expire on December 31st, raising the question has Guam missed the boat?

Congressman San Nicolas says regardless of federal timelines, the local government should seriously consider establishing a local UC program on Guam. “However, I would advise that it become effective AFTER existing PUA concludes so as not to create an interpretive conflict that could affect current federal fund flows, San Nicolas said.

This is not the only federal funding opportunity not available to Guam under the CARES ACT. Our Foster Care program is also ineligible for much of the same reasons.