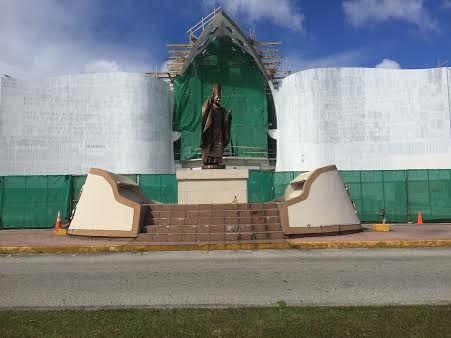 The Galaide Group was issued a notice of intent to award a contract for the management of the Museum.

Guam – Construction on the Guam Museum should be completed by Mid-March.

In addition to this a Notice of Intent to award has been given to the Galaide Group to manage the operations of the Guam Museum once it does open. This contract is just awaiting approval from the Attorney General and the Governor. There was a public hearing this morning on a Bill 235 which would give $529K for funding the Guam Museum personnel and operational start up costs. They also held a hearing on Bill 242 which would create interim admission event and membership fees for the Guam Museum.

“With the goal towards making the Museum as self-sustaining as possible yet affordable to our residents and tourists. I want to capture that word affordable because when I look at Bishop Museum’s fee structure it’s higher than what I would anticipate what the contractor and I have been discussing,” said CAHA Director Joseph Cameron.

The legislature also held a hearing on a bill to allow a space to be leased for an internet cafe in the Agana Public Library.