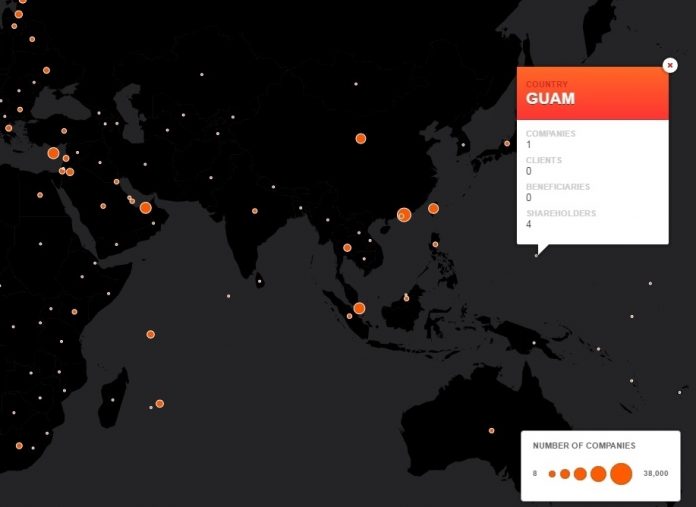 According to a map, one company from Guam with four shareholders is involved in the Panama Papers scandal.

Guam – Guam is named as one of the countries involved in the Panama Papers scandal.

The Panama Papers is a worldwide investigation into leaked documents identifying offshore accounts and shell corporations of powerful and rich leaders, celebrities and other individuals and companies around the world.

Off-shore accounts are bank accounts held in foreign countries, often-times in an effort to conceal ownership and assets.

In a map, put together by a journalist from the Irish Times which is also part of the global investigation into Panama Papers, shows which countries are involved in the scandal.

According to the map, one company from Guam with four shareholders has ties to Panama Papers. However, details of the company or the transaction were not provided.

The International Consortium of Investigative Journalists, a global network of hundreds of journalists, reports that the documents were leaked from Panama-based law firm Mossack Fonseca, exposing some 210,000 companies in 11.5 million financial documents from dozens of countries around the world, including Guam.