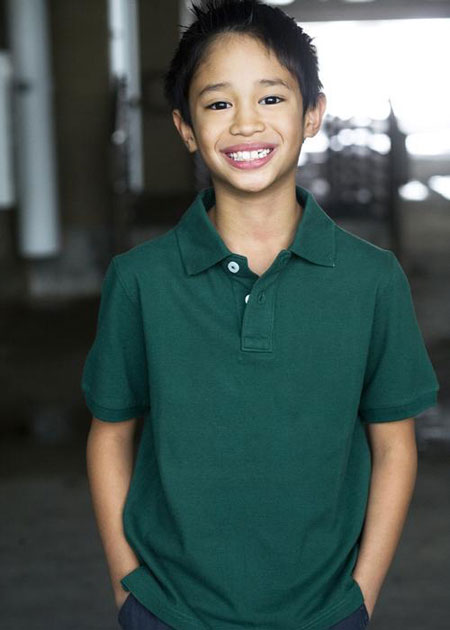 The son of Eric Taitano Cruz and Randi LeeAnn Duenas Cruz, Julius has been on that national television scene for several years now and has appeared in national commercials to include the popular television series “Dallas” on TNT. He is also a familiar face on Disney Jr.’s “Choo Choo Soul” segment, which broadcasts regularly on Guam.

Born on October 25, 2004, Julius began his acting and modeling career when he was recognized as the Austin, Texas “Most Beautiful Baby” and also won “Best Smile.” With the support and sacrifice of his parents, Julius auditioned for the International Modeling and Acting Association in Los Angeles where he would win numerous awards to include “Child Model of the Year,” first runner-up “Child Actor of the Year,” and where he placed top three in numerous event competitions.

Both parents have made sacrifices for their son’s career in the past, rotating temporarily from Texas to Los Angelas.

His first commercial was for the Hasbro Toy commercial “Froggio,” and he appeared in the movie El Chupacabra directed by Brad Coolidge. Julius has been featured in numerous commercials for national and global brands to include Huggies diapers, Leap Frog, and Whole Foods.

According to Julius, his main goal in acting is to raise money so that he can “feed all the starving kids in the world.”