Guam – Guam Police have arrested 2 suspects in the reported robbery of a tourist at the Ypao Breeze Motel Saturday morning.

According to a release from GPD Spokesman Officer A.J. Balajadia,  the Criminal Justice Strike Force along with GPD patrol officers arrested one of the suspects at 6pm Saturday evening at residence in Mangilao. The other suspect was arrested 8 hours later, early Sunday morning, at a Dededo residence.

Both were booked and confined. They have been identified as: 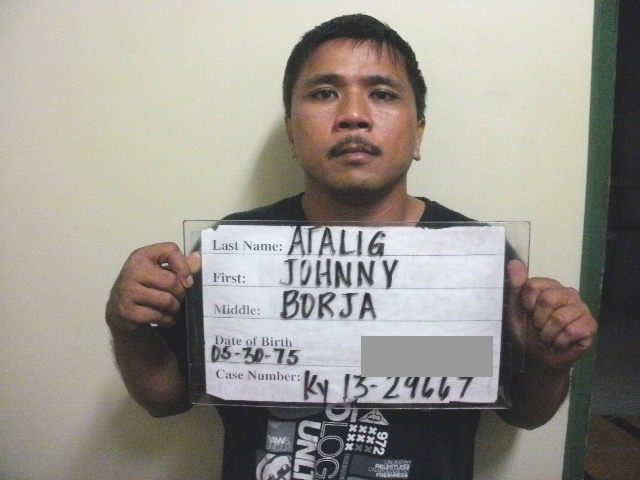 Officer Balajadia notes that the Criminal Justice task Force made the arrests within 24 hours after the alleged crime occurred.

It was at 10:45am Saturday morning that the tourist reported being robbed at the motel. He said that a male transvestite and another man forced their way into his motel room and took his wallet.

The tourist described one of the men as a male transvestite, possibly local, and in his 30’s. He said the transvestite stood about 5-feet 5-inches tall and was heavy set. He was wearing a a light blue t-shirt and dark blue denim jeans. He had long dark curly hair tied in a bin.

The other man was described as also being possibly local and in his 30’s or 40’s. He stands 5-feet 8-inches tall with a medium build and had short dark hair. He was last seen wearing green shorts and an un-known colored shirt with an orange colored design on the front. He was wearing slippers.

TUMON – At about 10:45am, Saturday, 10/19/2013, a tourist staying at the Ypao Breeze Motel, Tumon Heights reported that two individuals, he described only as:

Tumon/Tamuning Precinct Command units converged and saturated the immediate area in search of the suspects but were unable to locate them.

Criminal Justice Strike Force and Patrol strike again. Within a 24 hour period the joint effort resulted in the apprehension and arrest of two suspected of Robbery/Home Invasion.