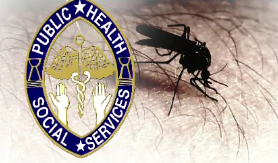 After identifying the first locally acquired case of dengue fever on Guam, the Department of Public Health and Social Services said it is implementing a heightened response to prevent further local transmission of the virus.

According to Public Health, an alert physician reported the suspect case of dengue fever in a patient with no travel history outside Guam on Tuesday, which was confirmed by its laboratory the following day.

DPHSS said it is the same type of dengue that caused outbreaks in Yap, Palau, Marshall Islands, and the Philippines.

DeNorcey also wants to do vector control by fumigating areas that have a risk for mosquito transmission.

“We are also updating our dengue case management. We are going to do a massive education for patients and the community to present breeding grounds of the mosquito. Just to give you a heads up, today, for example, our entire crew, and with the help of several government of Guam agencies in line with the Micronesia Islandwide Cleanup Day, we are going to clean up areas within the 200-meter radius where the particular infected person resides,” DeNorcey said.

She added: “That is one way to address it and we are going to continue that effort. We want the community to be aware that they have to do their part in terms of preventing the mosquitoes from breeding.”

Meanwhile, according to territorial epidemiologist Ann Pobutsky, while dengue viruses are spread through the bites of infected Aedes aegypti mosquitoes, it has been eradicated on Guam after World War II following a dengue outbreak.

Pobutsky said the ecological niche was filled by another potential vector carrying mosquito called the Asia Tiger mosquito or the Aedes albopictus.

In an interview with K57’s Andrea Pellacani, Dr. Michele Yamamoto, a specialist in Infectious Diseases at the Guam Regional Medical City, said that since dengue is transmitted to humans by the bite of an infected mosquito, the best protection remains to be to eliminate mosquito breeding sites and to prevent mosquito bites.

“We can do basic things like wearing long sleeves, wearing light-colored clothing, and application of the mosquito repellent that we can actually buy from the stores on island,” she said.

According to DPHSS, this is the first locally acquired dengue case detected and reported on Guam in the last 75 years as all previous cases were imported from off-island.