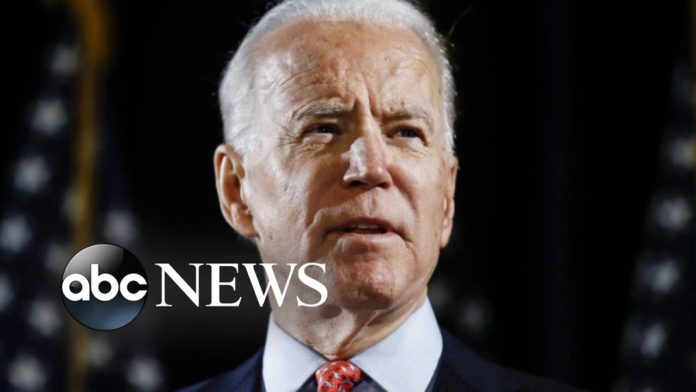 (ABC News) -Joe Biden clinched the Democratic presidential nomination on Saturday in Guam after the island’s democratic party selected 5 delegates pledged to vote for the former vice-president at the August Democratic National Convention.

Guam Democrats held a drive-through presidential caucus under the breezeway at Adelup on Saturday.

Hundreds of Guam democrats took part, driving up to the breezeway with face masks on to cast their votes from inside their vehicles in line with the coronavirus social distancing mandates that remain in effect.

Of the seven delegates chosen, 5 are committed to vote for Joe Biden, 2 are pledged to Bernie Sanders.

Biden has been the presumptive Democratic nominee since April, when Vermont Sen. Bernie Sanders dropped out of the race.

The 5 delegates he won on Guam Saturday pushed him over the required 1,991 delegates he needs to claim the democratic presidential nomination on the first ballot.

Guam’s count plus the results from Washington D.C., and several other states have given the former vice president a total of 2,004 delegates.

The 2020 Democratic National Convention will be held in Milwaukee Wisconsin from August 17 to August 20.

The preliminary results are as follows: