Not only has the Matao once again achieved its highest ever FIFA/Coca-Cola World Ranking in the listing’s latest release, but for the first time in history, Guam has also leapfrogged over East Asian adversary Chinese Taipei as published on the FIFA Web site Oct. 17.

“The strides we’ve made in international football in just the past two years clearly shows with Guam’s jump in world rankings and current place as the sixth-best East Asian nation,” said Matao head coach Gary White. “Last year, we developed a program to effectively become the fifth-ranked East Asian nation in 10 years time and I can proudly say we’re looking to achieve our goal for Guam’s national program sooner than expected.

“These achievements wouldn’t have been possible without the continuous support of Guam Football Association president Richard Lai, GFA executives, and of course, the local community. With a few friendly matches against Cambodia and Laos next month, we can move further up the ranking ladder. It is my aim to get Guam in the top 150 in 2014,” White added. 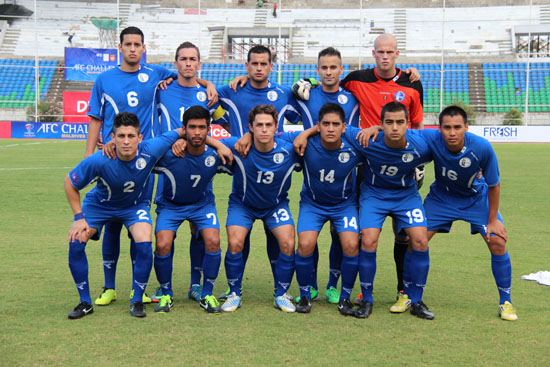 [The starting 11 players in Guam’s match against Chinese Taipei in the AFC Challenge Cup qualifier in March 2013 pose for a photo before the match. Standing in back row from left to right are Travis Nicklaw, Jason Cunliffe, Shawn Nicklaw, John Landa Matkin, and Douglas Herrick. In front, from left to right are Jonahan Romero, Ian Adamos, Ryan Guy, Ian Mariano, Marcus Lopez, and Thaddeus “T.J.” Atalig.]

The official rivalry with Chinese Taipei, as documented by FIFA, began August 10, 1996, with the first of nine encounters to date. Guam dropped the 1996 match 9-2. The worst result came in 2007 when Chinese Taipei blanked Guam 10-0; however, the men’s national team has closed the scoring gap since then. Just a year later, the team reduced the scoring gap to just three goals, then to two in 2009. In December 2012, Guam nearly defeated Chinese Taipei in the EAFF East Asian Cup semifinal round, but the Matao’s opponents managed to salvage a 1-1 draw in stoppage time. Chinese Taipei, a country with over 23 million people, later succumbed to Guam 3-0 in 2013. 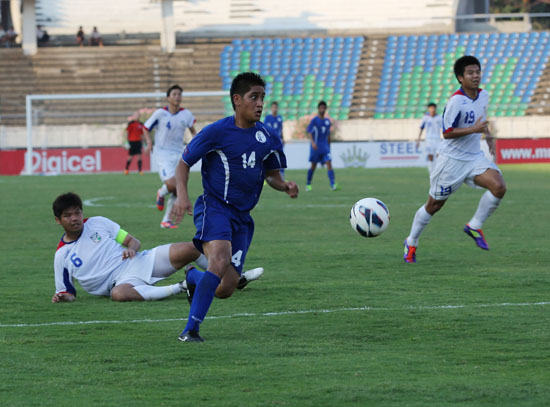 [Guam’s Ian Mariano heads to the goal after getting past Chinese Taipei’s last defender in a match of the AFC Challenge Cup qualifier played earlier this year in Yangon, Myanmar. Mariano scored one of three goals in Guam’s 3-0 shut out of Chinese Taipei, with captain Jason Cunliffe scoring the other two.]

Since White’s arrival, Guam has played in 13 official matches in various tournaments and friendly matches, with notable shut out wins over Macau and Chinese Taipei under captain Jason Cunliffe. The team’s roster also has expanded to feature other professional players, including Ryan Guy of the New England Revolution, Douglas Herrick of the Seattle Sounders, and Shawn Nicklaw, formerly with HB Køge in Denmark. Soon to join Guam’s squad is the L.A. Galaxy’s A.J. DeLaGarza, who recently committed his international future to Guam. DeLaGarza played alongside football great David Beckham when the former English national captain suited up for the Los Angeles-based MLS team.