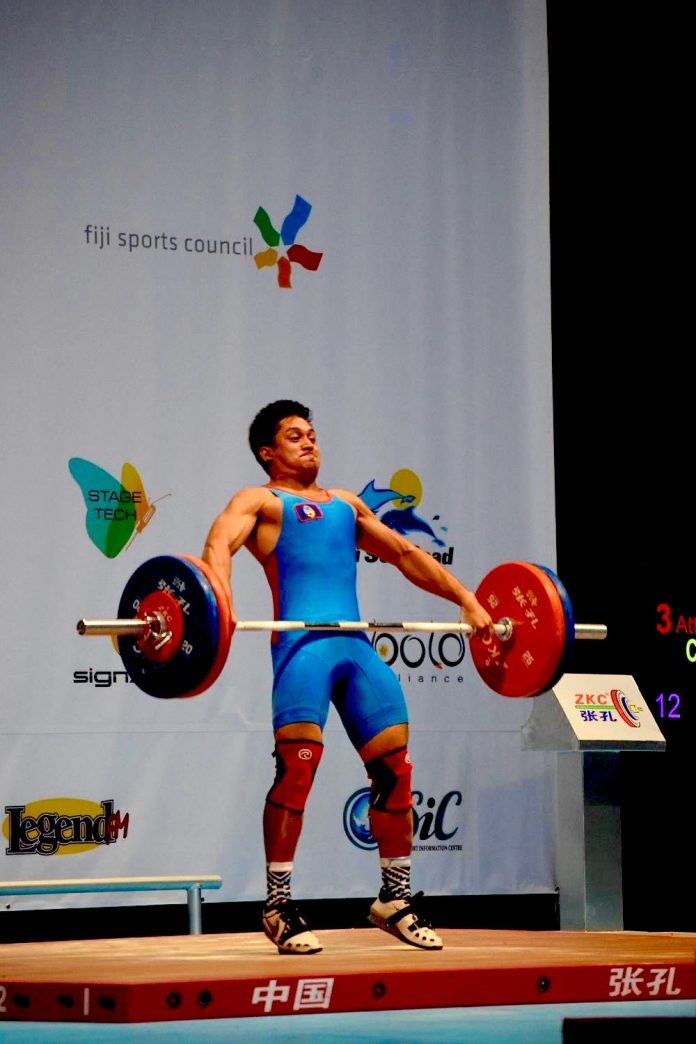 Competing in the 85kg division, Concepcion amassed a score, and personal competition record of 273kg.

FIJI – Guam weightlifter Shane Concepcion, 22, and Caoch Edgar Molinos, represented Guam in the Oceania Weightlifting Championships in Suva, Fiji last week. Concepcion was one of over 200 athletes representing 18 countries participating in the event.

Competing in the 85kg division, Concepcion amassed a score, and personal competition record of 273kg. Scoring first in the snatch with successful lifts of 115kg and 120kg (264.5 lbs.), and then in the clean and jerk with three successful lifts of 145kg, 150kg and 153kg (337.3 lbs.). The total score is a combination of the top lifts in the snatch and the clean and jerk.

Other countries took note of Concepcion’s strong performance. Complimenting him and Coach Ed Molinas on his technique, form and major improvement from the Pacific Games where Concepcion competed in the 77kg division and scored 257kg.

From February 18-20, 2016, Oceania Weightlifting Federation President Paul Coffa visited Guam to provide officiating and coaching clinics to the Guam Weightlifting Federation. On February 20, the 10 newly certified Guam officials cemented their training with a competition where they judged local male and female weightlifters in a meet to determine who would represent Guam in the Oceania Weightlifting Championships. Concepcion won the competition securing his spot to represent Guam. With the help of the Guam National Olympic Committee Concepcion and Coach Molinos were able to represent Guam.