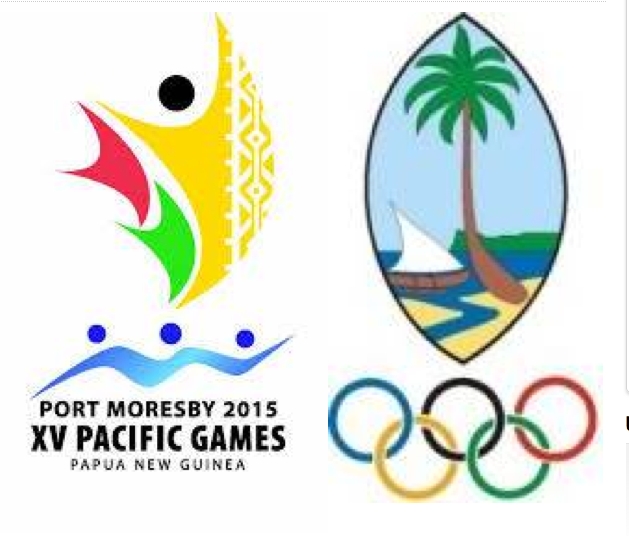 Port Moresby, Papua New Guinea – Guam looked to improve on their opening foray against World Cha mpion Fiji in the next match against third seed and hosts Papua New Guinea.  Unfortunately Guam would again be dominated by a stronger faster team.  Guam were not able to control the ball for any length of time and the score at the half was 27-0.  The second half continued along similar lines with Guam just not able to match the clinical PNG team. The final score was 53-0
Thursdays first match was against Solomon islands.  Guam made a much better showing here and held the Solomons to 14-0 just before the break only to allow a runaway try to take the score to 21-0 at the half.
In the second half, Guam played with more purpose. Strong running from Paul Eustaquio had Guam attacking the Solomon’s team.  A shocking tip tackle (lifting a player off his feet and dropping him dangerously) saw the Solomon Islands reduced to 6 men for two minutes and that advantage, combined with the substitution of Ezra Sablan and Johnny Borja, saw Guam make play more attacking rugby.  The Solomon were unable to stop the forward drives and resorted to giving away penalties. Ezra Sablan took advantage of one penalty with a good drive from five yards out while Chris Sgro also scored.
The final result was 21-12 but Guam were a lot more satisfied with this performance.
Guam’s final match in pool play is at 6.14 tonight and they have one final match on friday to determine placings in the tournament.