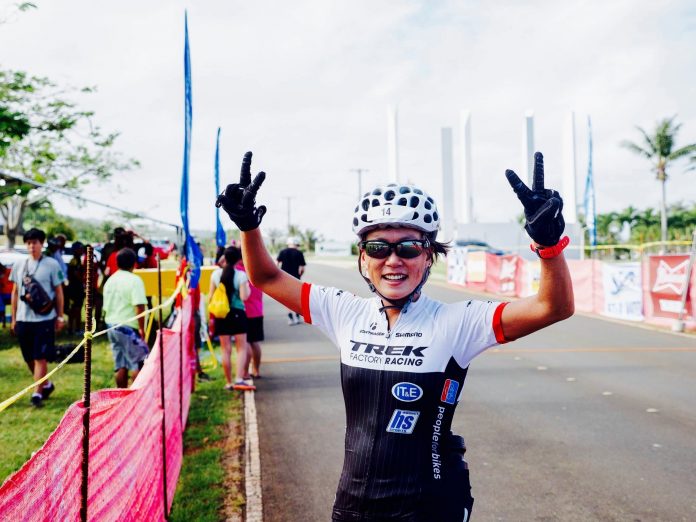 HOM has been dubbed “the toughest race in Micronesia”

SAIPAN, Northern Mariana Islands (NMI) — The 9th annual Hell of the Marianas (HOM) century cycling race was held on Saturday, Dec. 5, with Guam cyclists claiming some of the best finishes. Guam’s Mieko Carey took first place in the female pro division, finishing nearly 50 minutes ahead of the next female finisher, Manami Iijima of Maite. Carey finished the 100-kilometer road race in 3:25:52, with Iijima finishing second with a time of 4:14:33. Rounding out the Guam female cyclists was Tara Reyes Tydingco of Chalan Pago, who claimed third place amateur and sixth place overall in the female division with a finish time of 4:59:35.

HOM has been dubbed “the toughest race in Micronesia”, due to its long distance and relentless elevation changes, as well as the heat and humidity.

“We want to extend a huge thank you to all the local Saipan agencies, including the departments of Public Safety, Public Works and Parks and Recreation, that made this event possible,” said race director Eric Tydingco. “The support system of these

agencies, coupled with Marianas Visitors Authority’s commitment to sports tourism, allow us to continue to promote Saipan and neighboring islands as a great place to live, work, and most importantly — play!”

Tydingco is the executive race director for PIVOT events, which include the annual Saipan Sportsfest (Tagaman and XTERRA Saipan), XTERRA Guam Championship, XTERRA Island events, and most recently, the inaugural KONQER obstacle course run, which was held on Nov. 29.