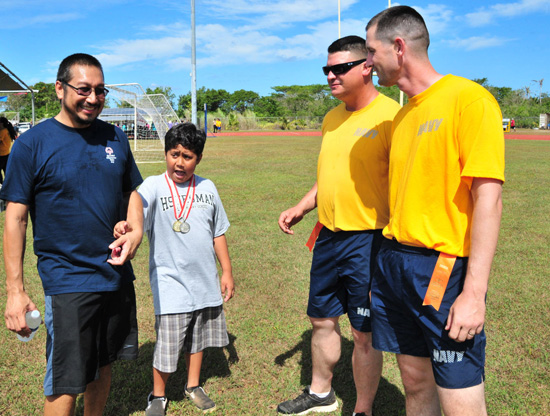 Service members kept score and recorded time for activities such as the long-jump, 50-meter run and softball throw stations during the event, which offered the opportunity for participants to showcase their athleticism.

“I like being out here, helping out the kids,” said Construction Mechanic 3rd Class (SCW) Michael Thompson, of Naval Mobile Construction Battalion 1. “It’s kind of surreal being here in Guam at a big event like this. I’ve never been to something this massive, but it’s a big pleasure for me to be here.”

Hundreds of children and adults with physical or mental disabilities participated while thousands of island residents braved the heat to spectate or lend a helping hand.

Special Olympics Guam President Frank Florig said each athlete receives a medal for their performance, but the event is focused on boosting their confidence, building friendships and giving them a chance to accomplish something big. He added that every year the military partners with local sponsors and volunteers to make all of that possible.

“They volunteer their time, their equipment and resources,” Florig said. “Without our military neighbors and our military community, it would be far-fetched for us to hold something as successful as this.” 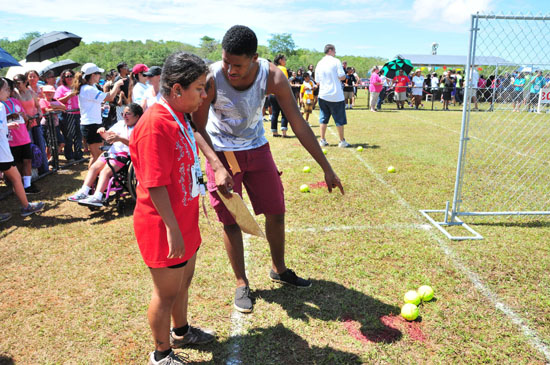 2nd Lt. John Karpis, of the 644th Combat Communications Squadron, said the event was a great opportunity for the Air Force and Navy to be a positive presence in the community.

“This is my first time doing it and it’s such a great event,” he said. “It’s so inspiring. I think I’ll be out here next year, absolutely.” 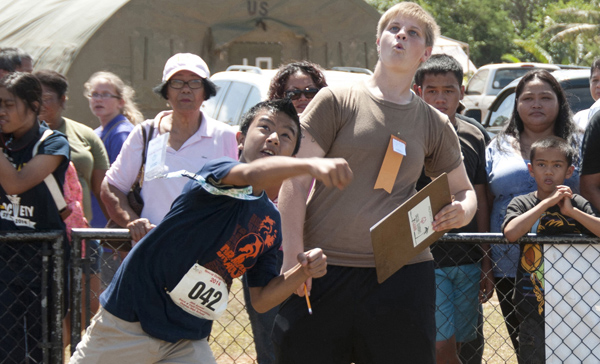