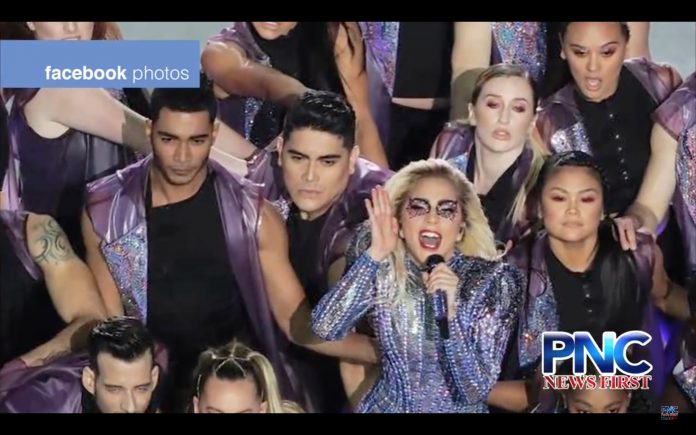 Ambrose Respicio credits family, teacher, and dance group for supporting him at a young age.

Guam – Those of you watching Super Bowl 51 like a hawk may have noticed a Guam son dancing right behind Lady Gaga during her halftime performance.

Ambrose Respicio previously danced with the international pop superstar during her tribute to David Bowie at the Grammys.  He started learning the art form in the 90s at the encouragement of his teacher Esther Keone, and Respicio says the close relationship remains to this day.  He also asked PNC to give kudos to his musical family for giving him plenty of opportunities to dance at their gigs, and for the dance group Paraisu for teaching him traditional dances and other important parts of the Chamorro culture.   His other dancing credits include performances at the Academy Awards, and the Shanghai World Festival.  Earlier today, Respicio took a break from an exclusive after party to tell PNC how it felt to perform in front more than 70,000 people:

“We knew that the sound of the crowd was going to be — it’s unexplainable to be honest,” Respicio said via telephone.  “And it’s really awesome to see that that many people cheering you on and excited to see the performance.  It was outrageous.”

Respicio is currently in an exclusive partnership with Kim Johnson, best known for being a professional dancer on ABC’s Dancing with the Stars.