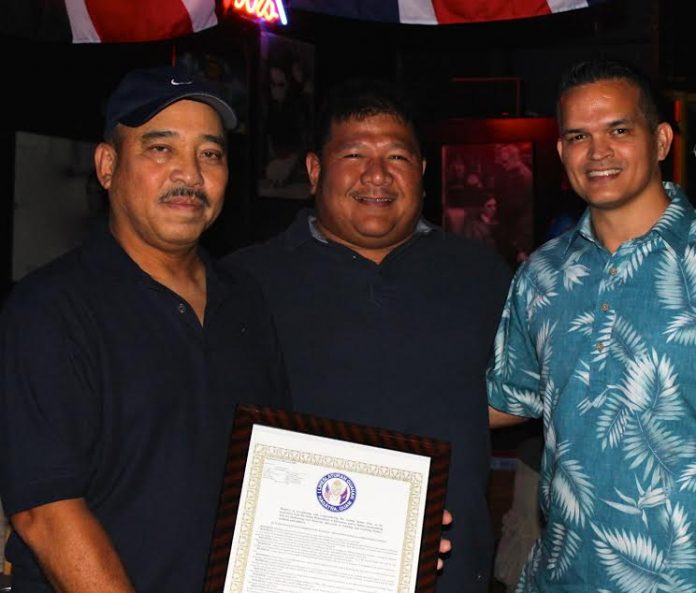 Loring Santos Cruz dedicated over 36 years of his life as a teacher at George Washington High School where he began his career in 1977. His contribution as an educator extended onto the football fields and track and field facilities around the island, where he would become one of Guam’s finest track & field coach’s and a legendary football coach.

“Loring Cruz has no doubt touched the lives, and mentored thousands of students, faculty, and staff in his career as an educator and coach. On the football field he is a legend,” Morrison said.

“There are many heroes in our community like Loring Cruz. It’s important that we pause every so often and recognize these heroes,” Morrison said.