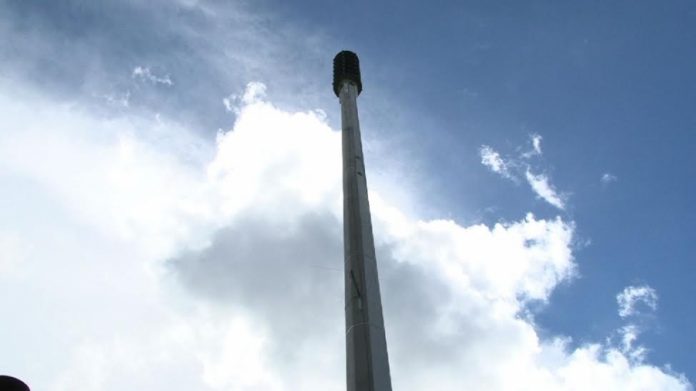 The recent threats from North Korea have accelerated the need to field 31 more AHAWS sirens.

Guam – 31 sirens will be added to Guam’s All Hazards Alert Warning System(AHAWS) thanks to Homeland Security Advisor George Charfauros.

According to a release from Guam Homeland Security, Charfauros was “able to accelerate the fielding of 31 additional sirens for Guam.” The island already has 15 AHAWS sirens; however, these sirens were specifically meant initially for tsunami warnings hence they were placed near coastal zones. The recent threats from North Korea have accelerated the need to field 31 more AHAWS sirens.

The $2 million grant for these sirens was supposed to be given in phases over the next five years; however, Charfauros has managed to get the grant to be given as part of fiscal year 2017 and 2018 in order to get the sirens up and running sooner.

READ THE FULL RELEASE BELOW:

In a meeting earlier today with grants team members from Department of Homeland Security, Charfauros expressed that the existing 15 sirens were initially specific to tsunami warnings. However, in the context of North Korea’s recent threats, Guam has a need to accelerate the planned fielding of 31 more additional sirens, particularly in areas not near coastal zones, which already have been outfitted with sirens.

“The DHS team understood our need to expand our All Hazards Alert Warning System,” HSA Charfauros stated. “The grant that was supposed to be provided in phases over the next five years, which is approximately $2 million, will be researched further to determine how to best accelerate the fielding of the 31 additional sirens as part of fiscal years 2017 and 2018. I appreciate working with them on this.”

The $2 million will be used for the planned 31 additional sirens as well as the environmental impact study necessary for each of them.

Also, additional funding for mass notification systems via other methods such as SMS text and social media is being coordinated between Guam Homeland Security/Civil Defense and DHS/FEMA to field the systems as soon as possible.