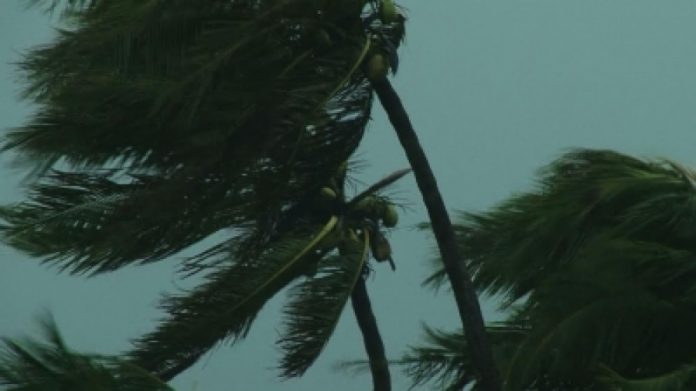 The Guam Homeland Security announced that more than $2 million in FEMA assistance is on its way.

Guam – The government of Guam will be receiving over $2 million dollars in federal funds for damages from Typhoon Dolphin.

The declaration was given about a month after the Federal Emergency Management Agency assessed the island following Typhoon Dolphin, which struck Guam in May.

According to a release from Guam Homeland Security/Office of Civil Defense, 27 agencies applied for public assistance.

The funding will help with the repair, restoration, reconstruction or replacement of public facilities that were damaged or destroyed during the storm.

FEMA will reimburse 75 percent of the total costs while GovGuam will cover the remaining 25 percent, according to Guam Homeland Security.

You can read the press release from Guam Homeland Security below:

Following President Obama’s declaration of a major disaster in Guam on June 5, 2015, the Offices of Homeland Security and Civil Defense (OHS/OCD), Public Assistance Disaster Recovery Team, led by Anthony G. Lukeala, are making progress as over an estimated $2 million in federal funds will be awarded from the Presidential Declaration under the Public Assistance program. This Presidential disaster declaration was granted due to damages caused by Typhoon Dolphin on May 13-16, 2015.

The Federal Emergency Management Agency’s (FEMA’s) Public Assistance program, administered by OHS/OCD, helps fund the repair, restoration, reconstruction or replacement of public facilities that were damaged or destroyed by a disaster. FEMA reimburses 75 percent of the total costs PA program. The Government of Guam will cover the remaining 25 percent of the total cost.

All Government of Guam agencies and eligible private and Non-Profit organizations on Guam that sustained costs or damages from Typhoon Dolphin were able to apply for federal-state financial assistance. Twenty-seven (27) agencies applied for Public Assistance, some with multiple project worksheets. Out of forty-four (44) project worksheets, thirty-four (34) have been approved thus far. Of the 34 approved, none of those projects have been completed and are still pending completion of documentation and coordination before federal funds can be received.