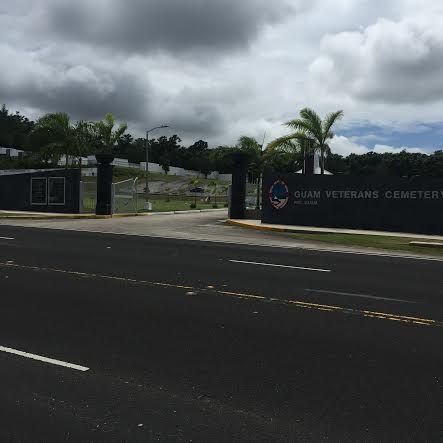 The current Guam VAO Administrator says they’ve had the documents for a $3.2 million dollar federal grant stored away in a filing cabinet. The previous administrator told the Public Auditor they were stolen.

Guam – Guam Veteran’s Affairs Office Administrator Martin Manglona says he’s had the documents for a $3.2 million dollar federal dollar grant for the Veteran’s cemetery all along. However, the Public Auditor Doris Flores Brooks says this is news to her as the previous Administrator told her office that the documents were stolen in a burglary and the Department of Administration never had the money recorded in their books.

Guam VAO administrator Martin Manglona says the documents for a $3.2 million dollar federal grant for the veteran’s cemetery have been in a filing cabinet in his office all along. “Well that comes as a surprise and first of all I’m glad to hear that because that’s what the prior administrator did not say he said that the documents were burglarized and were not available,” said Brooks. The Public Auditor says that not only did the Guam Veteran’s Affairs Office lack documents on the Veterans Cemetery when her office tried to conduct an audit but even the Department of Administration had no record of the $3.2 million dollar grant. “The Department of Administration who is the official record keeper could not provide the documents at that time,” said Brooks adding, “We gave GovGuam up until June 30th to give a response to us and up until that time nothing was provided.” “And that particular grant was not recorded at all on DOA’s books until we brought it to their attention we found out and they started scrambling to try to find information,” said the Public Auditor adding,”In fact they had to make a post closing adjustment to the tune of $3.2 million to record it in what is referred to as the schedule of expenditures of federal awards better known as the SEFA and that is a summary of all the grant awards that the Department of Adminsitration receives.”

Manglona says his predecessor had been sending all the necessary documents to the U.S. Department of Veteran’s Affairs and they were satisfied. The Public Auditor says she is now waiting to receive and review the documents so she can conduct a propper audit.