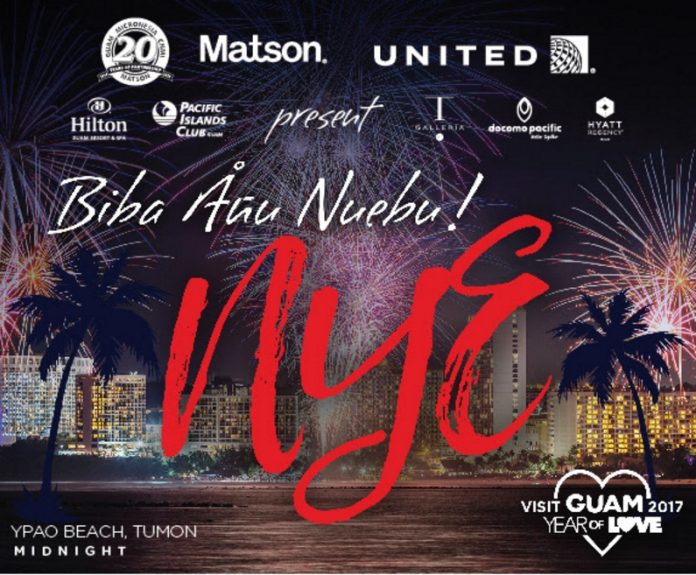 There’s a lot more than fireworks to look forward to this New Year’s Eve.

Guam – Ring in the New Year with highlighted entertainment from the Guam Visitor’s Bureau. Nate Denight, the President of GVB, gave us the latest details on where to go to celebrate the start of 2017.

“GVB together with our sponsors and Matson is proud to present the New Year’s Eve fireworks show. We’re going to be shooting from a barge in Ypao beach, and at the same time we have the Ypao beach night market that’s also going on. And we brought in Kris Fuchigami. So we invite everyone to come down– that’s a family-friendly event,” he said.

While you’re waiting for the clock to strike midnight, why not catch the holiday light display that will only be up just a little while longer?

“At the same time, we also have the Christmas lights display which has been going for several weeks now and there’s so many parties going on throughout Tumon so we just want everyone to enjoy and have a safe and happy New Year,” he added.

According to Nate Denight, the Tumon night market starts at 6pm and will last until 9pm.

Kris Fuchigami performs at Yypao beach until the fireworks presentation begins at midnight.