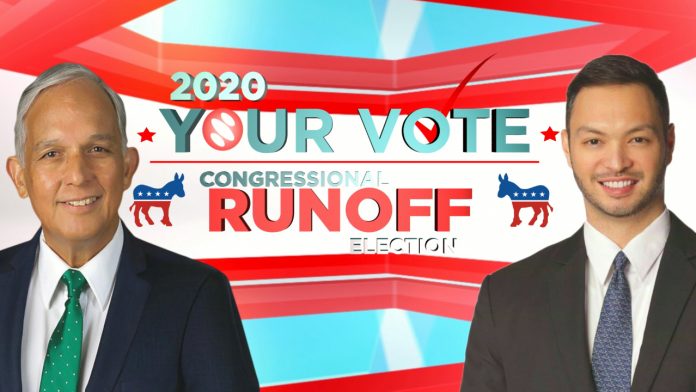 It’s been two weeks since the island’s general election and Guam residents again were at the polls today for the contentious runoff election for the delegate to Congress seat.

The Guam Election Commission had over 5,000 residents show up for early voting out of some 55,000 registered voters.

Not quite a thrilling turnout, but GEC executive director but Maria Pangelinan says they expected a lower turnout than the general, which was already the lowest turnout ever in Guam’s recent history.

During the general election, around 12,000 people voted in absentee ballots but the voting period was longer than the runoff.

Pangelinan says the GEC staffers have been up and prepping for today from the wee morning hours.

She says rovers have been out around the island all day to head to precincts whenever they get a call for help.

GEC has already serviced just under 600 homebound voters for the runoffs and was at GMH and the Bayview (for those isolating) and the Dusit for anyone quarantining but wanting to vote.

Pangelinan says her teams were still working through today to get to more homebound voters.

She says this isn’t their first rodeo with COVID elections and that it’s all hands on deck for this election as well.

“The Guam Election Commission is very thankful that most of our precinct officials from the general election returned so you know that says that they have a bit more confidence in setting up the precincts… so we’ll see,” Pangelinan said.

Pangelinan stressed that this runoff election is required by both federal and Guam election laws as no candidate in the general election received the 50%+1 vote required for the delegate seat.

In the general, San Nicolas took home around 46% of the vote while Underwood had 33%. The rest went to Wil Castro, the Republican challenger now out of the race.