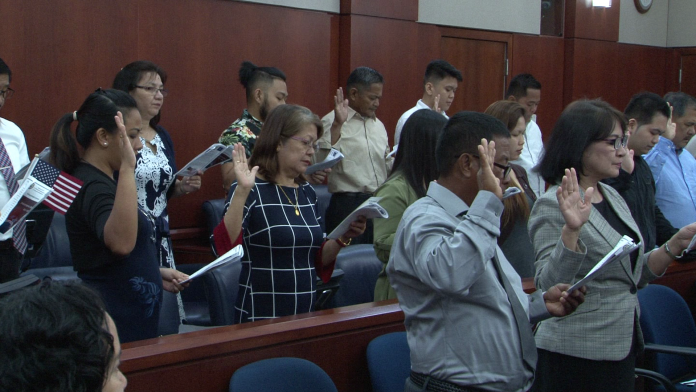 Over the District Court of Guam, to coincide with Independence Day, the court swore in and welcomed 28 new citizens who hail from the countries of Indonesia, Philippines and South Korea. The new citizens took their oath to bear faith and allegiance to the United States of America.

During the event, the District Court featured a keynote speaker who’s familiar with the territorial challenges of Guam and naturalized citizens, Chief Judge for the District of Puerto Rico Gustavo Gelpi. Chief Judge Gelpi has presided over numerous cases dealing with the constitutional and political status of Puerto Rico and the rights of its citizens.

Congratulations to our newest American Citizens and we’d like to wish you all a happy fourth of July!