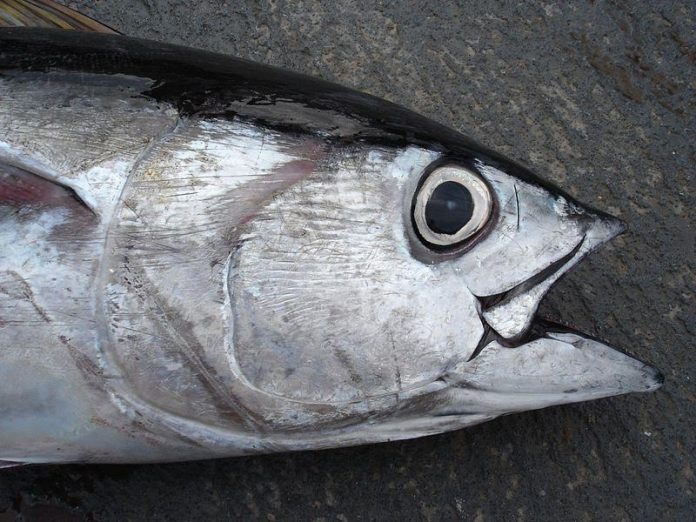 Guam – Guam will get $200 thousand dollars for 1,000 metric tons of fish that will not come out of Guam’s waters. Guam will essentially be selling paper tuna as the tuna will only be on paper.

“And the second point is the fish that is caught by the state of Hawaii or by the Hawaii fisherman will be attributed to Guam’s catch,” said Duenas. This attributed catch is important because if Guam isn’t listed as having any attributable catch we could lose the ability to catch any big eye tuna in our waters. “The tuna commission is meeting right now in Bali and they may decide tomorrow that we don’t get any catch limits. We don’t have a quota and that really scares me because any potential harvesting of any fish in and around Guam’s waters may be lost forever,” said Duenas.

So in a nut graph Guam is allowed to catch up to 2,000 metric tons of big eye tuna. Since Guam doesn’t use it’s allowable limit it has offered to transfer 1,000 metric tons of it’s allowable limit to Hawaii for $200 thousand dollars but Hawaii won’t be fishing in Guam’s waters. Hawaii will use the 1,000 metric tons from Guam’s limit to fish in it’s own waters.”Well that’s the great thing about this deal they’re only going to fish in their waters,” said Duenas. “I frown on the idea of Hawaii boats coming out and fishing in our waters and that’s the best part of this deal is that they have to stay in their waters to fish,” said Duenas adding, “This is a great deal for Guam we got the best deal out of all the three pacific island areas.”

As for how this will impact tuna fishing in Hawaii, Duenas says that Hawaii will now be able to harvest more fish from it’s own waters. Duenas says he doesn’t believe this will negatively impact big-eye tuna stocks as Hawaii’s catches have not decreased in number or size of tuna caught.

Duenas says the $200 thousand dollars that Guam will be getting can be used for extending the fishing platform that will be built at Paseo or for improvements to the Hagatna boat basin and Agat marina.