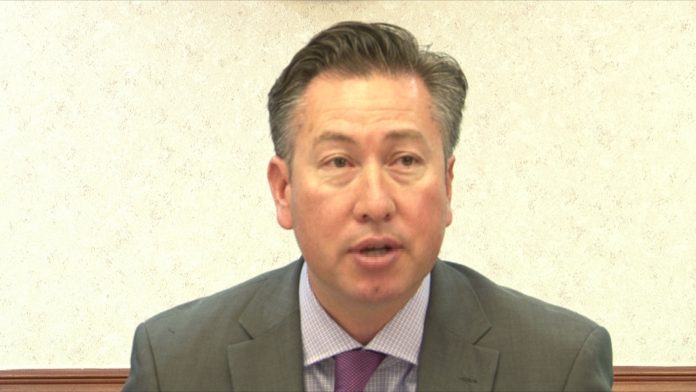 The US Attorneys Office and the US Postal Inspection Service have teamed up with various law enforcement agencies for a campaign in the ongoing war against drugs.

Guam – For the first time in Guam history, there will be two Postal Inspectors on island. This is because of the substantial amount of drugs being mailed through the US Postal Service to Guam.

The announcement was made during a press conference held by the US Attorneys’ Office today. Various law enforcement agencies, both local and federal, were present for the announcement.

US Postal Inspector for the San Francisco area, Rafael Nunez, says back in 2012 the agency noticed that drug traffickers were becoming more creative and began using the USPS to conduct their illegal drug trade.

More resources were funneled to Guam as a result in order to curtail the drug trade, and it was successful, says Nunez.

“We identified 7 different drug trafficking organizations, we’ve arrested over 35 individuals, all federally arrested for drug trafficking via the US mail and we’ve served over 320 federal search warrants through this investigation. And through operation “thin ice,” we’ve screened over 240,000 inbound and outbound parcels,” Nunez explains.

A new campaign was also launched by the US Postal Service and the US Attorney’s Office in the ongoing war against drugs on Guam. Posters were unveiled to promote the dangerous effects of drugs.

“We collaboarted with the US Attorney’s Office, Guam Customs, to, number one, to show the community, to make them aware that drug abuse is bad. It’s very dangerous and it destroys families and communities. And number two if you get involved, the law enforcement community here will go after you and we will prosecute you,” he warns.

The posters will be displayed at all US Postal Service locations on Guam.